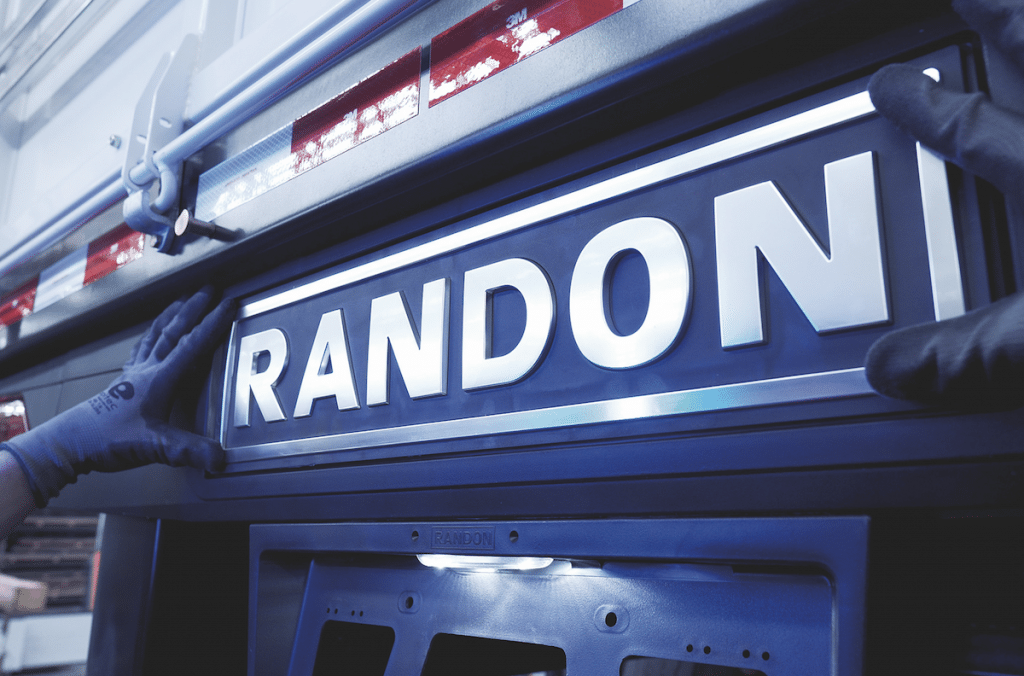 In the last few years, Randon Group, has invested considerably in its future – executing a strategic business plan through the expansion of its vast product portfolio.

This includes the acquisition of Ferrari Industrial which opened up new avenues in aluminiun die casting, Fremax brake discs, Armetal distribution, Farloc coolants and brake fluids, Jurid do Brasil friction pads along with new hubs, drums and increased inventory capacity. Executive VP and COO Sergio L. Carvalho said the internationalisation aspect of the strategy saw the business open new sites with Frasle India, Frasle China, Frasle Pan Americana in Colombia, Suspensys in Mexico and Randon Trailers in Peru. As for innovation and technology, the company has made gains in mobility, electronic controls, smart materials and an overall digital transformation.

“We are always guided by the principles of sustainability of the business, environment and sharing the benefits with society,” said Carvalho. “Our Randon Trailer division is by far the market leader in South America and has a complete portfolio of trailers, such as grain haulers, tippers, tanks, dry vans, reefers, side curtains, silos, flat beds, container chassis, sugar cane hauler among others. Out of the 10 most popular types of trailers sold in Brazil Randon is number-one for seven of them and second place for the remaining three. About 80 per cent of the mix sold currently is the result of new platforms developed in the last five years.”

Sergio Carvalho said the business has invested significantly in new technologies across all of its business units and many projects have already been disclosed to the public while others are still a work in progress.

“Our Trailer division Randon has developed an electric trailer that when combined with a tractor creates a hybrid system, the Randon Hybrid R. The system uses our proprietary Suspensys E-Sys,” he said. “Basically, it works as follows: Going uphill, the trailer traction is activated automatically by the control software, reducing the load on the diesel powertrain, therefore yielding substantial fuel savings, which depending on the loading and route, can get up to 25 per cent. Going downhill and when brakes are applied, the kinetic energy is used to recharge the batteries. Same principle as in a F1 electric car. This was announced at Fenatran (International Road Cargo Transport Trade Show) last year in Brazil and is undergoing durability testing this year and scheduled to go into production next year. The low horsepower to Gross Combination Weight (GCW) ratio allowed in Brazil by the legislation coupled with hilly terrain, makes this an attractive proposition. All this development was made internally by our CTR, Randon Technology Center. The system also improves safety and reduces brake wear.”

Randon has also launched new dry van and curtainsider trailers which were, according to Sergio Carvalho, launched with 600kg and 300kg weight savings, becoming the lightest of their type in the market.

Randon Group’s headquarters are located in Caxias do Sul, RS, Brazil and its products can be found in over 100 countries. There are 22 manufacturing facilities worldwide and six distribution centres. The group is composed of Autoparts Division with 51 per cent of the sales revenues (Frasle, Master JV, Jost JV, Suspensys and Castertech), Randon Equipment with 45 per cent of sales revenues (trailers, rail cars and off-highway) and financial Services 4.0 per cent of sales revenues (Randon Bank, Consortium, Randon Ventures). The Equipment Division has manufacturing facilities in Brazil (Caxias do Sul-RS, Chapeco-SC and Araraquara-SP). Last year it created a JV Randon Triel in Erechim–RS for manufacturing of specialised trailers. It also has a plant in Rosario, Argentina and a JV in Lima, Peru. The Autoparts Division, Carvalho explained, has seen rapid growth in recent years and has now factories in Brazil (five of them in Caxias do Sul-RS and also in the cities of Sao Leopoldo-RS, Joinville-SC, Sorocaba-SP, Diadema-SP, Resende-RJ), Pinghu-China, Manasar-India JV, Pratville-AL in USA, Buenos Aires-Argentina, Montevideo-Uruguay and Monterrey-Mexico.

“The company has been working in the continuous upgrade of its production facilities,” Carvalho said. “In this sense, it has been accelerating transformational initiatives that are already underway, such as the creation of an integrated logistics area and investments in start-up companies, among other actions that allow for the increase of internal and external synergies in a more effective and intelligent way. A major consolidated investment consolidated in the beginning of 2020 was the optimisation of the industrial complex at the company’s headquarters in Caxias do Sul, with high-technology resources and a 4.0 industry concept, increasing its capacity from 100 products/day to up to 130 trailers a day, with investments in new solutions for the acrylic e-coat painting system, a second assembly and painting line in Araraquara, an additional tipper line in Caxias do Sul and a new line of general cargo vans with dashboard clinch technology in Chapecó. This major innovation, the advanced automatic storage system and integrated cutting of steel sheets, is one of the largest in the Americas and is among the largest in the world in terms of warehouse size already installed by this company. This new warehouse has 815 storage positions and over 17 processing stations, with a work capacity reaching 280 tons per day in an area totalling 2,500 square metres.”

April this year Randon restructured to accelerate operations growth. One of the changes was to get all industrial operations under the single leadership of Sergio L. Carvalho – Executive VP and COO, including the Equipment and Autoparts divisions.

“The first benefits could be seen in the approach and emphasis related to the combat of the pandemic. With the abrupt stoppage of many operations on the early stages of the pandemic, a major effort was placed to maximise the synergies among the companies, insourcing of manufacturing activities, control of discretionary spending, several new businesses were won, among many other actions. Investments in new transformation technologies for products, manufacturing processes and management were accelerated. And the benefits on the performance of the company can clearly be noticed”.

In June 2020 Randon reported a robust cash position which was important during unprecedented, uncertain times.

“For many years Randon keeps a robust cash position all the time,” Carvalho said. “Given the volatility of some markets and its consequences, it was a lesson learned from the past and kept up to these days. The recent pandemic crisis just proved this point again. Of course, actions were taken to perverse cash and manage the crisis. This position allowed Randon to honour all its obligations and still keep the majority of its investments plans in M&A, capacity expansion, innovation and technology and digital transformation.”

Randon group has just announced another expansion of its Araraquara-SP plant to increase trailer production capacity. It has also completed the acquisitions of Ferrari Industrial, an aluminium die casting operation and Nakata Automotive, a large suspension manufacturer. It is finishing the expansion of the proving ground under the CTR, Randon Technology Center.

Randon Ventures is investing in start-ups.

Significant investment is also reportedly being made in technology and innovation for both products and manufacturing processes. The manufacturing segment in Brazil, according to Carvalho, represents important results in the country’s economy, despite the decrease in importance over the past few years.

“Within the context of the Covid-19 pandemic and in alignment with the reflections of this pandemic in the global economy, there is an expectation of a significant decrease in the Brazilian Gross Domestic Product (GDP), especially due to social distancing measures,” he said. “In the road implements segment, the most difficult period was back in April, when the most negative commercial effects of the Covid-19 pandemic were experiences, with a decline in production and sales volumes. However, in May the volumes started to show a gradual recovery, which intensified in June. A fundamental element in this scenario was the strengthening of agribusiness activities, with favourable currency exchange conditions (national currency devalued in comparison to the US dollar), record food harvests and consumption demands throughout the globe. However, other segments also stood out, such as those related to essential products and the transportation of goods, in order to meet the demands of growing e-commerce activities. In general, all the segments of the Brazilian economy use road implements in their chains, to a lesser or greater extent. This is the reflection of a transport matrix that prioritises road transport, with more than 60 per cent of all transports being through roads. In the heavy goods segment, the volumes transported are increasing. Brazil has been making progress in the last two decades with an increase in the total gross weight transported, as well as in the size and dimensions of cargo vehicle combinations. In the light goods segment, due to restrictions on access to urban centres and the increased fractioning of the consumer goods being transported, there is an increase in the number of smaller vehicles in order to meet the demands of this segment, closely associated with the last-mile concept.” In a continuous effort to preserve people’s health, not only of its collaborators but of the communities where Randon Companies operate as well, the company developed dozens of actions aimed at reinforcing collaborative initiatives aimed at controlling the pandemic.

“Our group has been donating mechanical respirators to local public hospitals in addition to rapid tests, masks, hand sanitiser, food supplies, among other items,” Carvalho said. “In support of local scientific production, the company also donated components and parts for the production of low-cost mechanical respirators, as well as supplies for the production of hand sanitisers, to be developed by the University of Caxias do Sul. The company also made some adjustments to some of its factories so that they could manufacture ventilators, an initiative developed in partnership with Brazilian aircraft manufacturer Embraer, as well as plastic parts for face shields.”

The Randon Companies also promoted awareness campaigns for truck drivers throughout the country, handing over hand sanitiser and masks, helping over 60,000 people.

“In addition to several collaborations and partnerships with various public and private institutions in order to face the Covid-19 pandemic, the Randon Companies mobilised to manufacture face masks,” said Carvalho. “The company was part of a project led by the Federal University of Rio Grande do Sul (UFRGS) aimed at manufacturing two parts deemed essential for the assembly of these protection items, which were then given to health care and security professionals engaged in the fight against the new coronavirus. Part of the plastic injection process at the Controil unit, controlled by Frasle, was adjusted so that it could manufacture polyamide frontal supports and thermoplastic elastic bands used in the assembly of these facial protections. Operating in hydraulic and polymer brake systems, the unit is the only one in the group with the technology required to manufacture plastic or rubber parts. Recyclable materials were used to produce frontal supports and elastic bands. The frontal supports and elastic bands manufactured by Controil were distributed to other partner companies participating in the project, which assembled the face masks with the support of the Brazilian Armed Forces.”