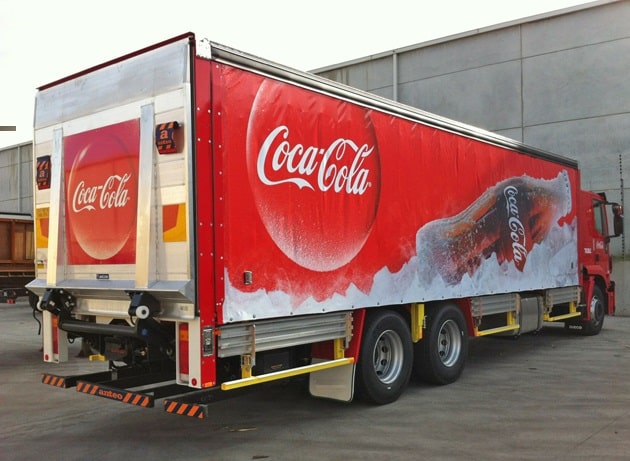 The proposal, according to Amatil, is for an all cash offer to be made to independent shareholders of $12.75 per share, less any final dividends in respect of 2H20 declared and paid to Amatil shareholders before the date of implementation of any scheme.

TCCC has reportedly carefully considered the proposal and has obtained advice from financial and legal advisors.

This latest proposal follows a number of previous proposals from CCEP and remains conditional.

Amatil said CCEP has been provided with selected value based information and identified due diligence parties have negotiated key commercial terms that would form part of any SID.

“If confirmatory due diligence is completed, other conditions satisfied (including CCEP and TCCC entering into an agreement in relation to the acquisition of TCCC’s shares by CCEP) and an acceptable SID is negotiated, Amatil’s RPC, together with Group Managing Director Alison Watkins, intend to unanimously recommend the scheme to independent shareholders, in the absence of a superior proposal and subject to an independent expert concluding, and continuing to conclude, that the scheme is fair and reasonable and in the best interests of independent shareholders,” she said.

CCEP is a leading consumer goods company, a strategic bottling partner to TCCC in Western Europe, and the world’s largest independent Coca-Cola bottler by revenue.

CCEP operates in 13 countries, serving one million outlets, over 300 million consumers and employing over 23,300 people.

CCEP was formed in 2016 through the merger of the bottling operations of Coca-Cola Enterprises, Coca-Cola Iberian Partners and Coca-Cola Erfrischungsgetranke. Its experience through that merger demonstrates its ability to execute major transactions and smoothly integrate Coca-Cola bottlers.

In 2019, CCEP generated revenue of €12.0 billion and underlying operating profit of €1.7 billion. CCEP is publicly listed on stock exchanges in Amsterdam, New York, Madrid and London, with its corporate headquarters in London.

Amatil, in a trading update, has advised it will no longer provide an update on 2 November 2020.

“It is pleasing to report that we are seeing earnings momentum return in markets where Covid-19 trading restrictions have eased, including continued recovery in ‘On-the-Go’ (OTG) channels,” said Amatil Group Managing Director, Alison Watkins.

“This has particularly been the case in Western Australia and New Zealand which have both delivered growth in [Q3 2020], providing insight on the expected shape of the recovery that can be expected in other markets most notably in other Australian States where restrictions have been slower to ease,” she said.

Trading conditions continued to improve in the third quarter of the 2020 financial year (3Q20) with group trading.

Revenue down 4.2 per cent in Q3 2020 compared to the prior corresponding period, an improvement on the decline of 9.2 per cent reported by the company at its half year 2020 (1H20) result.

“It is pleasing to see the improvement in revenue momentum in [Q3 2020] despite the reinstatement of lockdown restrictions in Victoria and Auckland for a significant part of the quarter,” said Watkins.

“This momentum has continued in the first three weeks of October with our Australia and New Zealand businesses both delivering volume growth (up +1.5 per cent and +1.8 per cent respectively).”

Amatil’s Australian business experienced an improvement in trading conditions throughout Q3 2020 albeit with a marked difference in recovery rates across states reflecting differing levels of Covid-19 restrictions. Non Alcoholic
Ready to Drink (NARTD) Volumes in Q3 2020 were down 2.0 per cent on the prior corresponding period and up 1.7 per cent excluding Victoria.

Victoria experienced severe Covid-19 restrictions (Stage 3 and 4 from 2 July to 13 September) resulting in volume declining 13.8 per cent in the quarter.

Western Australia, Amatil said, was the stand-out performer in Q3 2020 achieving 13.3 per cent NARTD Volume growth on the prior corresponding period, albeit this growth was supplemented by additional demand during the month of September, from its grocery and convenience customers, prior to the launch of the container deposit scheme on 1 October 2020.

Trading revenue has reportedly improved with Q3 2020 revenue down 0.9 per cent on Q3 2019 and alcohol and coffee trading revenue up 5.7 per cent. NARTD revenue was down 2.2 per cent in Q3 2020 with a higher ‘revenue per unit case’ than 1H20, reflecting lower promotional activity in grocery and improved OTG activity in states where restrictions have eased, and consumer mobility increased.

“What has been particularly pleasing is the continued improvement in the OTG9 channel, in particular within ‘state immediate consumption’,” said Watkins.

“Excluding Victoria, we are seeing encouraging signs of recovery with OTG volumes down 11.4 per cent in 3Q20, down 9.2 per cent for the month of September and down 3.0 per cent for the first three weeks of October.

“Recent strong performances in NSW auger well for Victoria as the severe Covid-19 trading restrictions in that market start to ease,” she said.

In response to the impact of Covid-19, Amatil has implemented a cost efficiency program in FY20. This program is reported to be on track to deliver $140 million of savings this financial year, including $20 million of direct marketing expenditure, of which approximately $60 million is expected to be recurring in nature. In addition, the Company’s recently announced ‘Fighting Fit’ program is now expected to deliver $85 million of further savings during FY21 through to FY22.

“We are encouraged by the recovery indicators that have emerged since July including the strong performances in Western Australia and New Zealand and the recent recovery in our OTG channels,” said Watkins. “We anticipate these trends will be replicated across our major markets as Covid-19 restrictions ease. As a result, we are well placed to capitalise on the all-important [Q4 2020] Christmas trading period.”