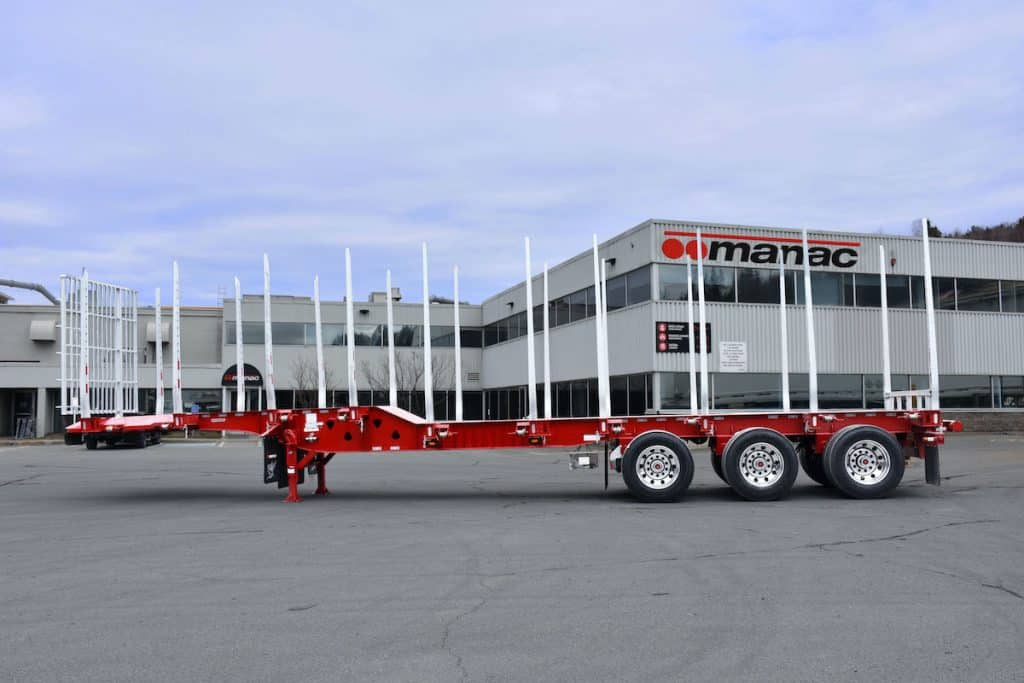 Manac President and CEO, Charles Dutil, told Global Trailer that completing the 200,00th unit is a nice milestone for the team.

“You need to keep in mind that Manac first started in a barn behind my parent’s house,” he said. “There was no business plan, no outside investors and not much planning of what the next 50 years would bring.”

Manac has manufacturing facilities in Saint Georges and Laurer-Station, Penticton and Oran.

“Our main plant being a short 25 miles from the northern US border, logging operations in this area have been a key part of our growth since the beginning,” said Charles Dutil. “To have our 200,000th unit operate in the same area is a good coincidence.”

The milestone trailer was sold to US dealer, Hale Trailer Brake and Wheel.

“The relationship with Hale is a reflection of our other successful business relations,” said Charles Dutil. “Respectful with a view on our mutual long term success.”

Manac has 70 dealers in its network, mainly across the US and Western Canada.