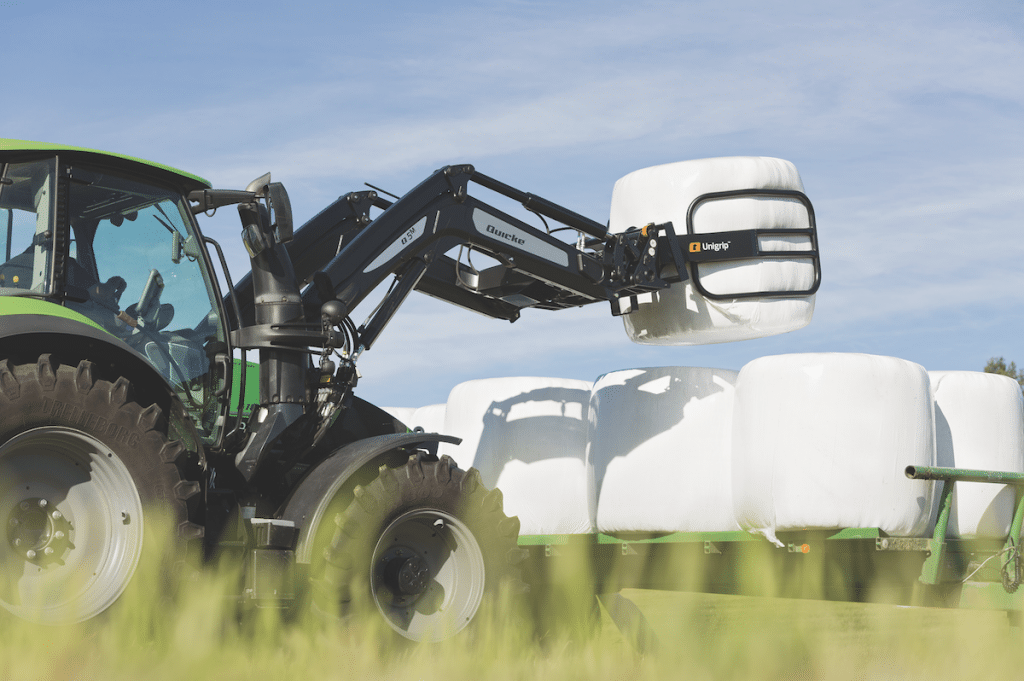 Swedish innovator, Quicke, is the latest brand to join the JOST family and continues to break new ground in agricultural business. Clever engineering and future-proof service capabilities make the Q-series front loader an impressive sight to behold in the field.

The agricultural industry in Europe produced a total output value of €427 billion in 2017 – up from €400 billion in 2016. Half of this output, according to a report via the European Commission, is attributed to crop production such as vegetables and horticultural plants, while almost 40 per cent came from animals and animal products like milk.

Agricultural services and secondary activities contributed 8.6 per cent of the total output value.

Of the countries surveyed, France was the biggest agricultural producer in the European Union in 2017 with 16.8 per cent of the total output followed by Germany (13.3 per cent), Italy (12.8 per cent) and Spain (11.5 per cent).

Meanwhile, agricultural productivity has gained renewed interest by industry to essentially achieve more with less. One economic outlook suggests that while there is a belief in the progress of technology to improve resource efficiency, this is reported to be challenging in agriculture, as working with living organisms in outside conditions introduces variability and limits to growth.

High productivity, in this context, is measured by Total Factor Productivity (TFP) by indicating improved output over input ratio. This is considered to be more encompassing than partial productivity indicators like labour.

TFP in Europe, as a result, has increased over time. It surpassed 1.0 per cent per year between 1995 and 2006 but slowed to around 0.8 per cent between 2005 and 2015. Ultimately, when comparing TFP growth with productivity indicators, labour productivity was found to be the major contributing factor.

Driven by its motto ‘work smarter, not harder’, Quicke develops and manufactures front loaders that bolster the efficiency of farming operations across Europe.

The Q-series, according to JOST, also shows how clever engineering makes all the difference when it comes to high productivity work.

“These front loaders come with outstanding visibility, optimised work angles, and smooth and easy implement changes,” JOST says. “Backed up with the intelligence of the assistance system Q-companion, a high-functioning and more efficient front loader develops. This efficiency is highly needed, because already by the 2050, the world’s farms will need to sustain a population that’s 9.7 billion strong. That’s 30 per cent more mouths to feed than today. With the help of the Q-companion, the farmer has full control of their daily business.”

This Q-series has an in-built weighing system that can be used to measure the weight of the load it is carrying while lifting. Also, the vehicle operator has access to a status monitor to ensure optimal implement position and load. Maintenance notifications also help to increase the lifespan of the equipment by prompting equipment owners and users to take appropriate action.

The Q-series range is supported by an app and cloud service which can be used to export weighing results from the Q-companion display to a computer, tablet or other device. Service quality, customer orientation and sales excellence form the basis of Quicke’s success according to JOST CEO, Joachim Dürr. He adds that the acquisition of Quicke is a real benefit for JOST. “For us, this acquisition is an important strategic step towards supplying an even broader base of customers in the commercial vehicle industry with high-quality products and intelligent system solutions. The acquisition of Quicke fits perfectly into our strategy and opens up new growth opportunities for us. Even in the current situation, we are already benefiting strongly from this, as the agricultural market has proven less susceptible to the fluctuations caused by the current crisis.”