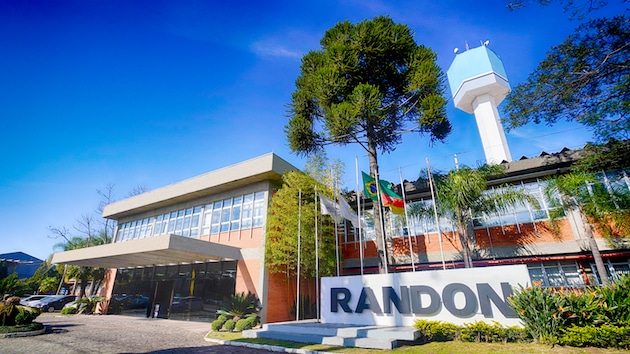 The company, in the first six months of the year, achieved consolidated EBITDA of $261 million BRL, with an EBITDA margin of 12.4 per cent.

Random Companies recorded a consolidated net revenue of $933 million BRL for Q2 2020, a reduction of 28 per cent compared to the same period in 2019, and consolidated EBITDA of $154 million BRL, 24 per cent lower than the second quarter of the previous year.

The figures, according to Randon Companies, reflect the difficulties faced by the automotive sector, which, since 1957, did not register a month with production as low as in April 2020. According to data from the National Association of Automobile Manufacturers (Anfavea), the production of automobiles, light commercial vehicles, trucks and buses fell between 85 per cent and 99 per cent compared to April 2019.

Randon Companies Chief Financial Officer, Paulo Prignolato, said April was the most affected period, mainly due to the complete shutdown of some sectors. In this context, the organisation made important moves to preserve and strengthen its cash, actions that brought results to improve the company's business.

“Although the figures for the second quarter of 2020 were less than planned for the year, they were better than expected at the beginning of the pandemic,” said Prignolato.

The company's favourable performance was driven by the resumption of some segments, which began in May. Agribusiness was the main one, benefitting from the record harvest, the increased demand for grains abroad and the favourable exchange rate. In addition, exposure to the aftermarket and sales abroad were also critical for the Auto Parts Division, at a time when truck manufacturers reduced demand considerably. Also, Randon Companies have the positive contribution of a diversified business model, which covers different economic sectors, geographies and a broad product portfolio, factors that bring resilience to businesses in adverse market moments.

According to Randon Companies CEO, Daniel Randon, in the second quarter, the company reinforced its safety protocols to protect the health of employees and their families and emphasised actions to ensure the continuity of operations.

“Now, more than ever, due to the scenario we are experiencing, we have made it a priority to take care of people and society,” said Daniel Randon.

“We understand that at the moment, everyone has to do their part, and for this, the company contributed with actions and donations to the communities. For the next few months, we will continue with the same focus, going to great lengths to ensure the safety of the teams and the sustainability of the local and global economy,” he said.

In addition, collaborative action and solidarity in favour of the community were two points that became even more evident within the company. Through partnerships with entities, universities, government and private initiatives, the company donated items needed for the period we are facing, such as high quality respirators, masks and goggles, alcohol gel, parts for the manufacture of ventilators, rapid tests and food.