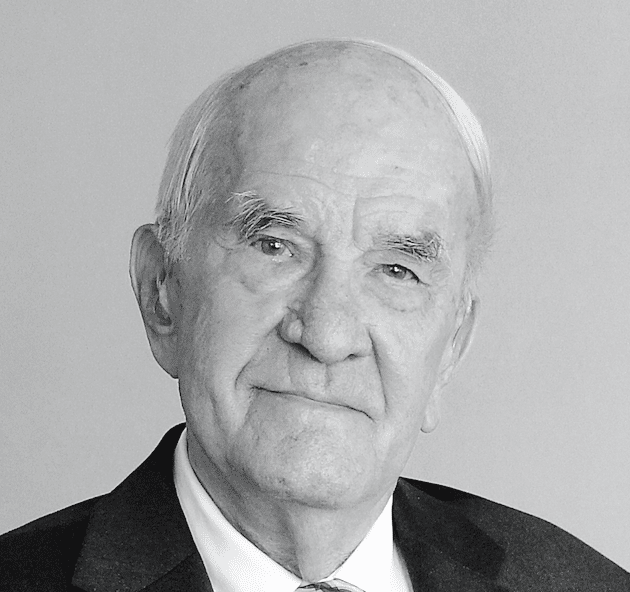 The multi-award-winning industrialist, holder of the Federal Cross of Merit First Class of Germany, Senator e. h. of the University of Stuttgart-Hohenheim and patron of the arts, laid the foundation of the industry leading TII Group with the purchase of SCHEUERLE Fahrzeugfabrik, NICOLAS Industrie and KAMAG Transporttechnik and the founding of TII India.

Rettenmaier arranged the company succession and his legacy early on: all company shares are owned by the family. Together with the family holding company, experienced, externally staffed managing directors lead the group of companies since many years.

With the farsightedness of the experienced entrepreneur, Otto Rettenmaier (*28th July 1926) from Heilbronn, Germany, took over SCHEUERLE, Pfedelbach (1988), the specialist for heavy-duty and industrial vehicles, which was already operating internationally at that time, quote: “out of technical fascination” and thus laid the foundation for the TII Group.

With the further takeovers of NICOLAS, Auxerre/France (1995) and KAMAG, Ulm (2004) – and the Indian subsidiary TII India, founded in 1995 – he developed his heavy-duty transporter division into the world market leader in its segment for heavy-duty vehicles with a payload of over 100 tonnes. Otto Rettenmaier put the group of companies on a solid foundation with special vehicles for industrial applications, heavy-duty trailers for the road and vehicles for logistics applications. Many records were set with vehicles from the TII Group. The current world record is 17,500 tonnes transport weight.

Focusing on the needs of the customers and on technical progress have been the guarantee for the success of the Otto Rettenmaier family of entrepreneurs for decades. Rettenmaier's extraordinary personal commitment and his reliability for the companies of the TII Group earned him the greatest recognition and esteem from management, staff, customers and business partners.

Rettenmaier was born in 1926 in the Swabian town of Holzmühle near Ellwangen. After studying business administration at the Technical University of Stuttgart, he joined his parents' company, Faserstoffwerke J. Rettenmaier & Söhne (JRS), with headquarters in Holzmühle/Rosenberg near Ellwangen, in 1950. He founded the Heilbronn site and developed JRS into the world market leader together with his older brother Josef Rettenmaier.

Rettenmaier had been married to his wife Lore since 1959, with whom he has two daughters, one son and eight grandchildren. Throughout his life, Otto Rettenmaier's family ties played an important role. His daughter Susanne Rettenmaier manages the family holding company as managing partner together with a professional board of directors since many years. The TII Group is a central element of this entrepreneurial commitment. Together with other members of the second and third generation, the family is involved as  shareholders, on the Board of Directors and in operational functions for the Group. Together with the experienced external boards of directors, the external management under the chairmanship of Dr Gerald Karch, the executives and the workforce of the TII Group, the Otto Rettenmaier family of entrepreneurs is thus committed to the successful continued existence of the TII Group companies. The TII Group is on a good economic course and has recorded a pleasingly good result in the first half of the year despite uncertain corona times.

The entrepreneurial and financial success formed the basis for Rettenmaier's patronage. The fostering and funding of social, cultural and community projects was an important concern for him throughout his life. He supported numerous cultural, social and scientific projects and institutions, including the Heilbronn University of Applied Sciences and the University of Stuttgart-Hohenheim. The latter appointed him an honorary senator in 1984 and awarded him the University Medal in Gold in 2014, which has rarely been awarded since the university was founded. Rettenmaier also supported numerous cultural, social and church projects in his home town of Heilbronn. Rettenmaier was a deeply religious man throughout his life, for whom his faith was a central support in difficult times. In 2013, he received the Golden Citizen Medal from the Pfedelbach community, where SCHEUERLE Fahrzeugfabrik is based, for his entrepreneurial commitment. The Audimax of the University of Hohenheim, named after him, and the Otto-Rettenmaier-Haus der Stadtgeschichte in Heilbronn bear witness to his generosity. After receiving the Federal Cross of Merit on Ribbon, he was awarded the Federal Cross of Merit First Class in 2005 in recognition of his outstanding services.

The future of heavy load mobility is shining bright for TII Group. A focus on product quality and innovation to manage complex transportation tasks is key to the manufacturer’s international fame.