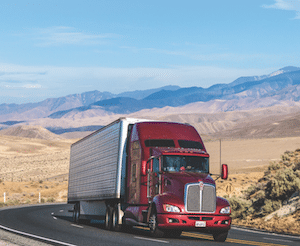 State officials in California have pushed for an extraordinary increase of lithium battery-powered trucks on its roads under a scheme to achieve carbon neutrality by 2045.

Under the proposed plan some 100,000 'zero-emission trucks' would be produced by 2030 after the California Air Resources Board (CARB) unanimously voted to approve new rules under climate strategies to reduce emissions pushed by clean-air advocates.

Known as the Advanced Clean Trucks rule, the new regulation applies specifically to medium and heavy duty trucks larger than 8.5 tonnes and aims at reducing 59,000 tonnes of nitrogen oxide by 2040.

According to CARB, trucks account for 70 per cent of pollution associated with causing smog and 80 per cent of carcinogenic diesel soot in California, the two culprits identified as factors in the deteriorating air quality of a state with nearly 40 million people.

The current government will phase in the quotas by 2035 as a further 200,000 electric-powered heavy vehicles are injected onto the state's supply chain by then.

All short-haul drayage vehicles in ports and rail yards must also be deemed zero-emission by 2035 with diesel powered last-mile delivery trucks and vans outlawed by 2040.

The first of these landmark sales requirements will go into effect as early as 2024 effectively bringing a close to the era of the diesel engine in the state.

California has long wanted to be the standard-bearer for tighter vehicle emissions regulations and its Governor, Gavin Newsom, applauded the announcement.

“Even in the midst of a global pandemic, climate change is still an existential threat — both to our way of life and our children’s health,” he said in an online statement.

“Communities and children of colour are often forced to breathe our most polluted air, and today’s vote moves us closer toward a healthier future for all of our kids.”

Newsom, however, has recently had to contend with the unpopular impacts of pandemic lockdown measures on battery-powered transport manufacturing after Tesla announced it was going to move its production facility from California to Texas.

The battery tech vehicle company, which earlier this year launched a low emissions Cyber Truck, announced it was seeking a new home for its factory in response to draconian coronavirus restrictions placed on industry by Newsom under Californian executive order.

Meanwhile, CARB member, Dan Sperling, spoke of revolution and being on 'the side of history' when discussing the new regulation, a first for the country.

“Diesel vehicles are the workhorses of the economy, and we need them to be part of the solution to persistent pockets of dirty air in some of our most disadvantaged communities,” said CARB Chair, Mary Nichols, in a release. “Now is the time – the technology is here and so is the need for investment.”

It is not yet known what criteria applies to the making and sourcing of materials for commercial vehicles deemed zero emissions.

The City of Fremantle in Western Australia is now exploring policies to drastically reduce diesel pollution around Fremantle Harbour, following strict regulations introduced at the Port of Los Angeles in Long Beach, California, where a number of electric trucks and hydrogen powered heavy vehicles are currently involved in pilot programs.

In December 2019, CARB suspended its enforcement of the California GHG trailer standards for a period of two years (2020-2021) following uncertainty presented by multiple circumstances.