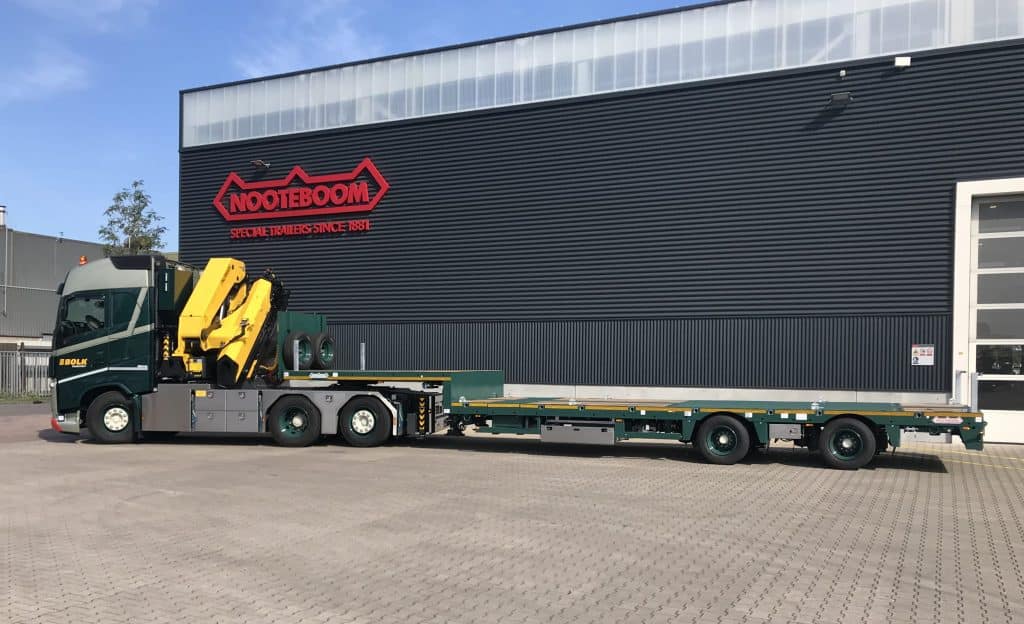 The company is taking delivery of two- and three-axle extendible Multitrailers.

The first MCO-38-02V/L with power steered axles and manual steering was collected earlier this month.

This ultra-short semi low loader, according to the OEM, is mainly used for transporting cable drums. For that purpose, the load floor has been fitted with integrated rails for locking the drum on any position. Also, this stepframe trailer is finished with a demountable bolster, which also can be used as a long load carrier.

The two-axle semi low loader is reported to be built with a long axle distance of 1.81 metres and has 10-tonne axle load on registration instead of nine tonnes. This, Nooteboom said, offers a higher payload, especially important when transporting divisible within the normal transport regulations.