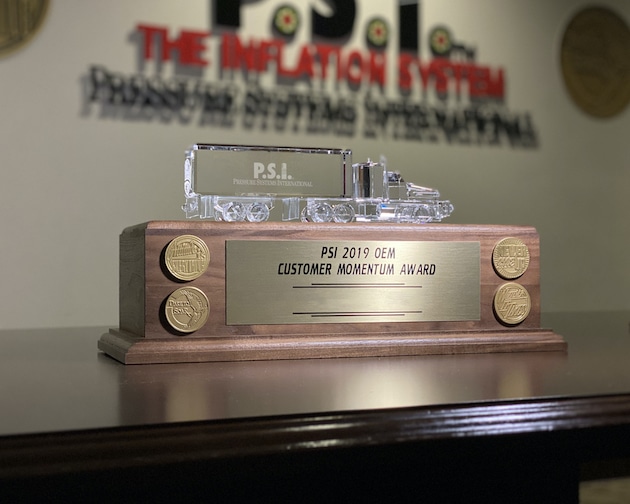 Pressure Systems International (P.S.I.) recently recognised six trailer manufacturers for the role each played in 2019 to increase the number of trailers outfitted with the Meritor Tyre Inflation System (MTIS).

P.S.I. designated two types of awards to be presented this year: The Momentum Award given to those trailer manufacturers who have achieved the largest year-over-year gain in MTIS new trailer installations and the Excellence Award recognising the companies that have the highest penetration of MTIS use for the trailers they manufacture.

Adapting to the current challenges, awards were presented using video meetings with as many as ten various participants. During the online meetings, P.S.I. representatives recognised the commitment and contributions each trailer OE has made in promoting technology that enhances customer satisfaction, and further growing MTIS’ premier position in the industry as the most popular automatic tire inflation system.

“Innovative and focused companies don’t let these unprecedented times be an excuse not to move forward and get things done,” said P.S.I. Vice President Global Sales and Marketing, Jim Sharkey.

“In years past, P.S.I. has presented these awards during the annual Truck Trailer Manufacturers Association (TTMA) meeting,” he said. “Even though TTMA has been canceled for 2020, it was still important for us to recognise those trailer manufacturers who play such a large part in our success.”

In other news, Celerity DRS discusses the impact of tyre wear on the environment in its latest web series.