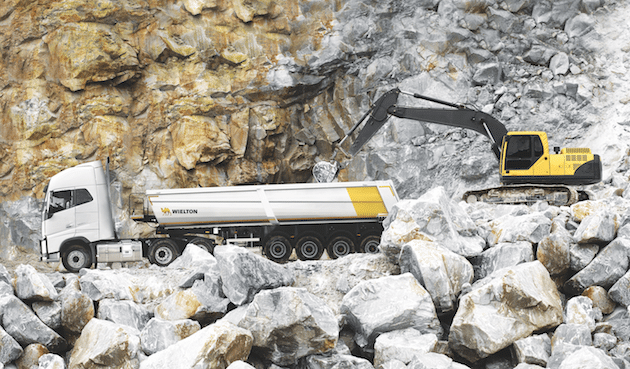 Polish OEM, Wielton, has announced a new management and supervision structure across its group.

The current composition of the Wielton Management Board is extended to include persons performing central functions.

The change reportedly results directly from the adopted development strategy and its goal is more effective asset and synergy management in the Group.

Dedicated board members and the appointment of Paweł Szataniak, the majority shareholder and current chairman of the Supervisory Board of the Wieluń Company, will guarantee greater efficiency, more coordinated and quick decision making.

Wielton also separates the activities of the Group's main production plant in Wieluń to ultimately constitute a separate organisational unit of Wielton Polska. The branch will be headed by Piotr Kuś, who was appointed the Vice President of the Management Board of Wielton SA as the General Director of the entity. The goal of the change is to increase the efficiency of management and easier adaptation of this European Group listed on the Warsaw Stock Exchange to dynamic market changes.

“The last five years of the Wielton Group's development have been a period of unusually dynamic organic and acquisition growth,” Wielton Group said in a statement. “In accordance with the strategy of geographical and product diversification, the Group has taken over foreign producers with an established position on its market. As a result, he joined the Wielton Group, including French market leader Fruehauf, the leading British manufacturer Lawrence David and the German manufacturer of specialised vehicles Langendorf. This ensured a surge in operating and financial results for the Wieluń Group. In the period 2015-2019, the Group recorded an almost three-fold increase in volume sales from 7,036 to 20,824 units, which translated into an almost four-fold increase in revenues (from PLN 630.3 million in 2015 to PLN 2,343.2 million in 2019).”

In response to the constant development of the Group, Wielton Group decided to evolve the current organisational structure. The change is in line with the Wielton 2020 Growth Strategy, and its goal is to manage the Group's assets more effectively and synergies that can be obtained through their optimal use. It also assumes effective supervision over the ongoing operations of individual Group companies and plants, as well as more efficient and coordinated decision-making. The changes are to result in a favorable change in the value management created for the Company's shareholders through the optimal operation of all components of the Wielton Capital Group.

To implement the tasks in the new structure, it was necessary to strengthen the group of managers at the Capital Group level. The composition of the board of Wielton SA has grown from three to seven members. A Group head office level was created in the form of three dedicated board members.

Paweł Szataniak , former Chairman of the Supervisory Board and the main shareholder of Wielton SA, took over the function of the President of the Management Board and Chairman of the Capital Group , who will lead the Group supervision team.

Piotr Kamiński, a former member of the Supervisory Board of Wielton SA, took the position of the Vice President of the Management Board and CFO of the Group and will be responsible for the financial strategy of the entire Group.

“The change is a natural step in the further development of the organisation,” said Szataniak. “The international nature of the Wielton Group and ambitious growth goals required adaptation of the current organisational structure to the scale of business. We maintain the proven federal nature of our Group, and at the same time we unify central supervision over companies. My participation in the management board is a guarantee of shortening the decision-making process at the Group level, and thus greater dynamics and managerial effectiveness, which is so important in the current market situation, but above all, to generate benefits for all shareholders of the Company in the form of an increase in its value. I see my role in creating the vision and setting new directions for the development of the Wielton Group.”

Golec said adequate and transparent organisational structure of group supervision with people who know the business in cross-section and are specialists in their fields, will ensure the effectiveness of processes and an appropriate level of trust in the management boards of individual companies (General Directors).

“As a result,” he said. “the decision-making process at the level of Wielton Group companies will be improved. The Wielton Group, and thus its structure, are gradually developing. For this reason, it is important that changes in management and supervision also evolve. Proven solutions, functioning in the recent period, will not work in a large, international Group in the following years, with its dynamic development. We are extremely ambitious, which is why our further growth requires a reorientation of supervision and management. The introduction of the headquarters level and separation of the functions of the President of the Management Board from the CEO will lead to the improvement of processes, and thus to more active activities in many fields.”

Despite the increase in the share of foreign markets in the revenues of the entire Group, Wielton remains the dominant production entity and additionally supports other companies in the Group. The Wieluń company is present not only on the domestic market, but also abroad. Separating the management functions of the Wieluń Branch is an undoubted improvement of processes and provides great opportunities for further development.

At the same time, the introduced supervision structure maintains the autonomy of individual companies, in particular in the area of ​​production and sales. Directors-General perform real management functions and are responsible for the company.