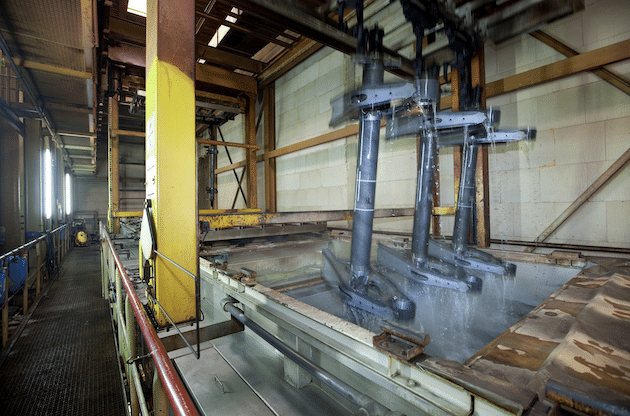 Equipment specialist, SAF-Holland, is making some major changes to the business with the support of its shareholders.

The two Extraordinary General Meetings of SAF-Holland SE last week passed, by a large majority, the most important resolutions proposed to the shareholders – a capital increase from company funds, the terms of transfer and the new version of the articles of association of SAF-Holland SE contained therein, with the future registered office in Bessenbach, Germany.

“This will make it easier to manage the SAF-Holland Group overall and at the same time lead to cost-savings,” he said. “Moreover, transferring the registered office to Germany will result in the Company having its registered office in the country in which its shares are listed. As a next step, it is planned to simplify the legal structure of the Group.”

Conversion to a dualistic board system with a Management Board and a Supervisory Board.

Within the framework of the new articles of association, the board system of the company will be converted from a monistic system to the dualistic system customary in Germany, consisting of a Management Board as the management body and a Supervisory Board as the surveillance authority. The transition will be executed upon the entry of SAF-Holland SE in the commercial register at the Local Court in Aschaffenburg.

Proposed candidates elected to the Supervisory Board.

As a result of the resolved capital increase from Company funds, the Company's share capital now amounts to €45,394,302.00 and is divided into 45,394,302 nominal value shares with a nominal value of €1.00 each. The articles of association authorise the Management Board, with the approval of the Supervisory Board, to increase the share capital by a total of up to 50 per cent until May 2025. In principle, the new shares shall be offered to the Company's shareholders for subscription. However, the Management Board is under certain circumstances authorised, with the approval from the Supervisory Board, to exclude the subscription rights of the shareholders.

Immediately prior to the two Extraordinary Shareholder Meetings, the fourteenth Annual General Meeting approved all the resolutions proposed to it by the Board of Directors by a large majority. These included in particular the presentation of the financial statements and the consolidated financial statements for the financial year 2019, including the management report and the Group management report as well as the report of the independent auditor, discharge of the members of the Board of Directors and the approval to appoint Ingrid Jägering to this supervisory body. The Annual General Meeting also discharged the auditor, PricewaterhouseCoopers Société coopérative, for the 2019 financial year, who was then reappointed as the auditor for the 2020 financial year until the transfer of the registered office to Germany has legally taken effect.

Earlier this month, the SAF-Holland Group has released its financial figures for the first quarter of 2020.