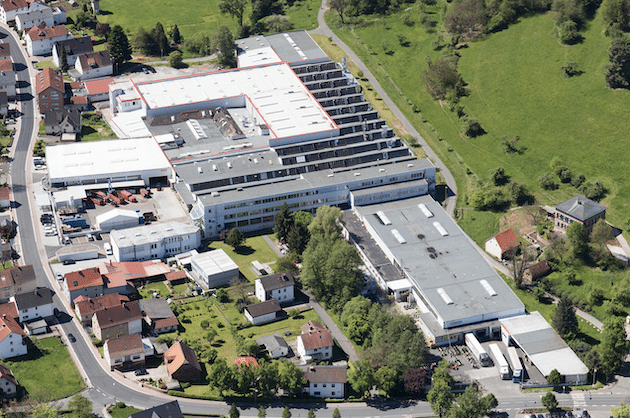 The SAF-Holland Group has released its financial figures for the first quarter of 2020.

Alexander Geis, CEO of SAF-Holland, said the first quarter, in terms of sales and earnings development, has generally run according to budget, in spite of a very challenging market environment, particularly in North America.

“Without a doubt, the second quarter will present a particular challenge also for our company, all of our employees and the management team,” he said. “However, we are now benefitting from the fact that we initiated a global program to reduce our selling and administrative costs at the end of September 2019 already – after adjusting our forecast for the previous year. In addition, we were able to conclude a supplementary agreement to the collective agreement for the Bessenbach location that came into force on March 1, 2020.”

Group sales are reported to be below the previous year due to market conditions; adjusted EBIT margin of 6.5 per cent

Group sales in the first quarter of 2020 came to €283.4 million, roughly 18.1 per cent down on the comparable figure in the previous year of €346.0 million. The additional sales contributed by the entities acquired since January 2019 come to €1.6 million. The exchange rate gains, most of which originate from the appreciation of the USD against the EUR, amounted to €1.9 million. Consequently, after eliminating the effects of exchange rates and acquisitions, sales decreased by 19.1 per cent to €279.9 million.

The adjusted EBIT margin amounted to 6.5 per cent (previous year: 7.2 per cent). A factor burdening the margin was the relatively slow decrease of 7.6 per cent in adjusted selling and administrative expenses to €30.2 million (previous year: €32.7 million) as not all savings measures initiated in all regions have developed their full effect yet.

Investments focus on optimising processes and workflows according to SAF-Holland.

Headcount is reported to be noticeably declining

As of 31 March 2020 SAF-Holland employed 3,428 people worldwide (previous year: 3,899 employees). Compared to the previous year, the number of employees has therefore decreased by 12.1 per cent. The reduction in the headcount was spread over all regions in order to address the change in the market conditions. The headcount at the end of April came to 3,194.

The cash flow from operating activities in the first quarter of 2020 came to €32.0 million, significantly above the level of the previous year's quarter of €8.6 million. This improvement is largely due to the significant progress made in working capital management. The cash flow from investing activities in property, plant and equipment and intangible assets of €-6.3 million is €7.9 million, or 55.6 per cent, below the comparable prior-year figure.

The operating free cash flow improved markedly, from €-5.7 million to €25.7 million. The total free cash flow of €4.1 million (previous year: €-18.1 million) was affected by the cash outflow associated with the purchase of the remaining shares in V.Orlandi of €21.6 million.

“With the new promissory note loan we have significantly improved our maturity profile and at the same time are fully financed through to the year 2023,” said SAF-Holland CFO, Dr Matthias Heiden.

“With the inception of our 'Cash Is King' project, which primarily addresses overdue receivables and the management of our inventories, we will free up additional cash by the end of the year and be able to keep the company on a stable course through these troubled times. This assessment has been confirmed by Euler Hermes Rating GmbH, which has recently confirmed our investment grade rating,” he said.

The APAC region generated sales of €21.1 million in the first quarter of 2020 (previous year: €38.5 million). After eliminating the effects of exchange rates, sales decreased by 44.8 per cent to €21.3 million. The main reason for this sharp slump in sales was the ongoing weakness of demand from customers in India. In addition, the New Year's festival and the closures due to Covid-19 in China resulted in a sharp fall in sales in the months of March and February.

Outlook for the 2020 financial year.

In light of the macroeconomic environment and the sector-specific framework conditions and after weighing up the risk and opportunity potentials (including the currently foreseeable impact on business from the corona pandemic) the Group Management Board of SAF-Holland anticipates a decrease in Group sales of 20 to 30 per cent for the 2020 financial year compared to 2019.

Under this assumption, SAF-Holland is projecting an adjusted EBIT margin of between 3.0 per cent and 5.0 per cent for the 2020 financial year. The higher shares of sales accounted for by the spare parts business is helping to stabilise the margin. On the other hand, factors burdening the margin are the OEM business and the relatively slow decline in selling and administrative expenses as the savings measures that have been initiated will develop their full effect until the remaining course of the year.

In order to support the strategic objectives, SAF-Holland is planning investments of approximately 3.0 per cent of Group sales in the 2020 financial year (previous year: 4.1 per cent). These will focus primarily on continuing the introduction of a Global Manufacturing Platform, further automation and program FORWARD.

The exact commercial impact of the current Covid-19 pandemic on SAF-Holland however can still not be precisely identified or reliably quantified.

In other news, SAF-Holland has named Dr Heiden's successor.