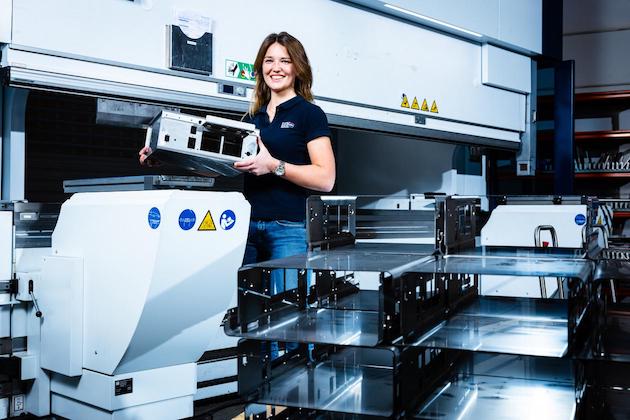 Three VDL companies are working hard on the production of hundreds of artificial respiration systems for Demcon, a supplier of high-end technology products and systems.

Due to a sharp rise in demand for artificial respiration equipment, following the Covid-19 pandemic, Demcon ramped up production considerably. To that end, the number of production lines was scaled up, among other things, and it intensified its collaboration with suppliers such as VDL Group.

During the past few weeks, employees of VDL ETG Precision, VDL Laktechniek and VDL Industrial Modules worked hard on parts of Demcair, as the system is called. VDL ETG Precision manufactured all of the required precision turning and milling parts and this VDL company also helps out with the assembly of the systems at Demcon. VDL Industrial Modules took care of metal sheet engineering and in a very short space of time, it also took on the design, prototype and industrialisation of various subsequent series.  VDL Laktechniek, experts in applying specialist coatings, will apply various finishes on the stainless steel casing and it also printed logos and names of various connections by means of serigraphy.

“Our contribution to Demcon’s artificial respiration systems is a wonderful example of strength through co-operation”, said VDL Group President and CEO, Willem van der Leegte. “Thanks to all our in-house expertise, our companies have contributed to the fantastically fast deliveries to the hospitals. Apart from that, it is, of course, also magnificent to make such an important contribution to systems that have a big impact on the recovery of patients who are hit hard by the coronavirus.”

Normally, the manufacturing process of medical equipment, including clinical research and certification, would take a year, according to VDL Group. There were just over three weeks between Demcon starting its preparations, the ministry’s instruction to supply the first 500 devices, successful clinical tests on several patients in three different hospitals and the delivery of the first devices. The first version of the entire system was relatively simple for the sake of such high demand. Currently, engineers are working on a second, more comprehensive version that offers more treatment options.

“We buy them from a large number of suppliers,” said Demcon Executive Vice President, Dennis Schipper. “Like our other suppliers, VDL has used all its creativity to ensure a steady supply of components under immense time pressure. The support we’ve received from everyone is heart-warming.”