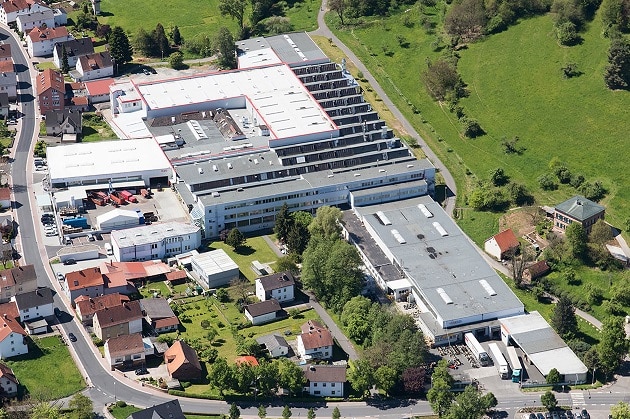 The SAF-Holland Group has published business figures for FY2019 as well as its outlook for the current 2020 financial year.

“A market environment that had deteriorated significantly from the middle of the third quarter and high one-time expenses in connection with the plant consolidation in China led to an adjustment at the end of September We have achieved these adjusted targets for consolidated sales and adjusted EBIT margin,” he said.

SAF-Holland has reviewed its contingency plans in light of Covid-19 to ensure regular business operations at all of its sites.

“A global emergency response team advises the Group Management Board on the situation assessment, prepares decision templates and coordinates and monitors the communicative and operational measures,” said Geis. “The health of our employees, suppliers, customers and their families is a top priority.”

In addition, Dr André Philipp, Chief Operating Officer of SAF-Holland, will roll out the SAF-Holland Operational Excellence Roadmaps developed with his team in all production plants over the course of the year. The aim, according to SAF-Holland, is to leverage the operational success potential that is dormant throughout the plant network.

In fiscal year 2019, SAF-Holland reported consolidated sales of €1,284.2 million were 1.3 per cent below the previous year's figure of €1,300.6 million and thus within the target corridor of €1,260 million and €1,300 million. The additional sales contribution of the companies acquired since January 2018 was €41.4 million. The positive exchange rate effects, which mainly resulted from the appreciation of the US dollar against the euro, amounted to €25.8 million. Currency-adjusted and acquisition-adjusted sales thus fell by 6.4 per cent to €1,216.9 million. Adjusted consolidated earnings before interest and taxes (EBIT) amounted to €79.8 million in financial year 2019 (previous year: €89.6 million). This decrease was mainly due to the increase in adjusted selling and administrative expenses to €121.3 million (+18.0 per cent compared to previous year). This development was influenced, among other things, by the corresponding expenses of the companies acquired since January 2018 and the loss of the non-cash special income of €4.7 million from the partial processing of a US pension plan in the third quarter of 2018. The adjusted EBIT margin of At 6.2 per cent, SAF-Holland was also within the target range of 6.0 per cent to 6.5 per cent.

Cash flow from operating activities in the 2019 financial year was €90.6 million, significantly above the previous year's level of €40.8 million. This improvement is due in particular to progress in working capital management, particularly in the areas of inventories and receivables. After deducting cash flow from investing in property, plant and equipment and intangible assets of €53.0 million (previous year: €40.8 million), the operating free cash flow improved significantly at €37.6 million (previous year: €0.0 million). Taking into account the cash outflow for the acquisitions of the Stara Group and PressureGuard, the total free cash flow is €26.7 million (previous year €-58.7 million).

“We will intensify our efforts to generate free cash flow again in the coming quarters,” said SAF-Holland CFO Dr Matthias Heiden. “We have therefore formed a special unit that is dedicated exclusively to this topic at a global level.”

Solid financial profile has priority according to SAF-Holland: No dividend for financial year 2019.

Compared to December 31, 2018, equity remained almost unchanged at €318.0 million. The overall profit for the period of €20.1 million increased equity. The dividend payment for financial year 2018 of €20.4 million had an opposite effect. With a slight increase in total assets by €1.8 million or 0.2 per cent to €979.2 million, this led to an unchanged solid equity ratio of 32.5 per cent.

In order to secure this solid financial profile in the long term, the Group Management Board and the Board of Directors decided not to distribute a dividend for the 2019 financial year to the Annual General Meeting currently scheduled for 20 May 2020.

The EMEA region generated adjusted EBIT of €60.1 million (previous year: €71.4 million) and an adjusted EBIT margin of 9.6 per cent (previous year: 10.8 per cent) in the reporting period from January to December 2019. The aforementioned lower sales volume and higher personnel costs as a result of the 2018 metal tariff round had a negative impact. Current earnings were positively influenced by the companies acquired since January 2018. The 2018 financial year also benefited from foreign currency effects (Turkish lira – euro).

Adjusted EBIT of €29.2 million was significantly above the previous year's figure of €8.5 million, and the adjusted EBIT margin was 5.5 per cent (previous year 1.8 per cent). This, according to SAF-Holland, was mainly due to improved processes and procedures, the contractual transfer of last year's steel price increases, lower purchase prices for steel and other materials as well as sustainable price increases in the aftermarket business. The loss of the non-cash special income of €4.7 million from the partial processing of a US pension plan in the third quarter of 2018 had a negative effect.

The APAC region generated sales of €88.6 million in the 2019 financial year (previous year: €94.1 million). The additional sales contribution of the companies acquired since January 2018 was €20.4 million. Currency-adjusted and acquisition-adjusted revenues fell 28.6 per cent year-on-year to €67.2 million. The reason for this significant decline in sales was in particular the persistently weak market environment in India.

Adjusted EBIT of €3.4 million was below the previous year's result of €8.4 million. Restructuring income of €2.2 million from the sale of a building as part of the merger of SAF-Holland Australia with York Transport Equipment Pty. Ltd. (Australia) adjusted. The adjusted EBIT margin decreased from 8.9 per cent to 3.8 per cent. The reason for this was also the persistently weak market environment in India and a significantly slowing market dynamic in Australia in the fourth quarter in connection with unfavorable mix and currency effects.

The China region generated sales of €34.9 million in the 2019 financial year (previous year: €76.0 million). This decline in sales, SAF-Holland said, is primarily the result of the slump in export business as a result of the trade dispute between China and the United States, short-term order cancellations / postponements due to the economic situation, and temporary strikes as a result of the announcement of plant closures.

The China region achieved adjusted EBIT of €-12.9 million in 2019 (previous year: €+1.3 million). The result was influenced by extensive restructuring costs in connection with the plant consolidation and the amortisation of the goodwill of the China region of €6.7 million.

One-off expenses totaling €8.1 million, which were incurred in particular in the second and third quarters of 2019, were not adjusted. These relate to write-downs on inventories and receivables of €4.9 million and €1.7 million, losses from asset disposals of €0.7 million and costs of €0.8 million related to strikes.

The integration of the five Chinese locations into the new plant in Yangzhou has been completed. The Qingdao plant ceased operations on 31 July 2019. The two warehouses in Beijing were also closed on 31 July 2019. The business activities of the Xiamen plant and the Beijing office ceased at the end of 2019. Pre-series production started in the new plant in Yangzhou in the fourth quarter. In the course of the factory consolidation, the number of employees (including contract workers) fell from 628 to 157.

The Group Management Board of SAF Holland expects a decline in consolidated sales in the low double-digit percentage range for the 2020 financial year based on the expected general economic and industry-specific framework conditions and considering the potential risks and opportunities.

Based on the above assumptions, SAF Holland expects an adjusted EBIT margin of between 4.0 per cent and 5.0 per cent for the 2020 financial year. In addition to the decline in sales, other effects from Covid-19 are having a negative impact on earnings. The significant reduction in the operating losses of the China activities, the consistent implementation of the FORWARD program in the US, the group-wide rollout of the SAF- Holland operational excellence system and the high-margin aftermarket business are likely to have a stabilising effect on earnings.

In order to support the strategic goals, the company plans investments of around 3.0 per cent (previous year 4.1 per cent) of consolidated sales for the 2020 financial year. The investments focus primarily on the continuation of the introduction of a global manufacturing platform, further automation and the FORWARD program.

Moreover, with a view to the current spread of Covid-19, the economic impact on SAF-Holland cannot currently be adequately determined or reliably quantified.