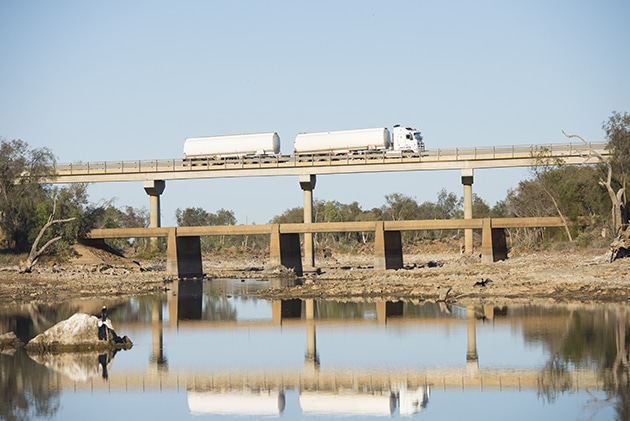 With less than 30 days of fuel reserves currently on shore, Australia has committed to bolstering its oil supplies in the event of a major global disruption by signing the US Arrangement.

Under the Arrangement, Australia will lease space in the US Strategic Petroleum Reserve (SPR) to store and access Australian owned oil during a global emergency.

Australia's Energy and Emissions Reduction Minister, Angus Taylor, signed the new Arrangement with US Secretary of Energy Dan Brouillette during a visit this week to the US.

The Arrangement stems from discussions between Australia Prime Minister, Scott Morrison, and US President, Donald Trump, in Washington last August.

“This landmark Australia-US Arrangement represents our joint commitment to maintaining fuel security and improving Australia’s resilience, as well as strengthening the close bonds between our two great nations,” said Taylor.

“The Strategic Petroleum Reserve is the world’s biggest emergency stockpile of oil. The US is a trusted ally which has been essential for global oil security and we are glad to be building on our strong, longstanding relationship, while ensuring Australia is best prepared to act during a global oil disruption.”

US Secretary of Energy, Dan Brouillette, said that the US Strategic Petroleum Reserve is a critical asset for energy and national security that America has had at Australia's disposal for decades.

“There is no more secure or resilient place to store emergency oil reserves than the SPR, and we are glad that Australia is choosing to entrust us with their reserves,” he said.

“This Arrangement with Australia will strengthen the energy reliability of one of our strongest allies, providing them options in case of an emergency, and bolstering their energy security.”

According to a media statement issued by the Federal Government: Australian owned stocks held in the Strategic Petroleum Reserve can be counted towards Australia’s compliance obligations with the International Energy Agency (IEA).

Under International Energy Agency obligations, Australia is required to hold 90 days of oil reserves and can hold these reserves offshore where a bilateral arrangement is in place.

A separate leasing agreement is currently being negotiated between Australia and the US in which any future purchases Australia might make would be detailed in accordance with the Arrangement.

“This deal with the US shows the Australian Government is taking practical action to enhance our fuel security by boosting Australia’s oil stockholdings,” said Taylor.