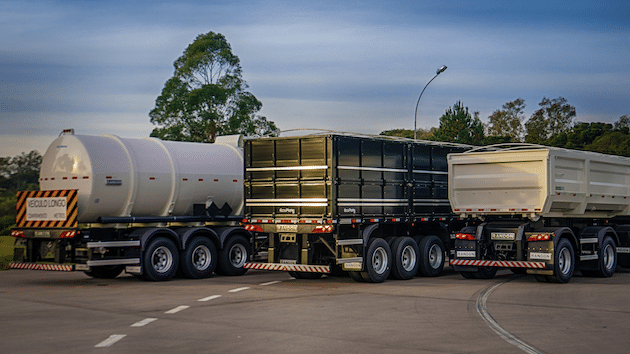 For the company, 2019 was marked by several acquisitions and partnerships, which contributed to the positive result of the period, such as the joint venture that created Randon Triel-HT, the constitution of Randon Linhares and of Suspensys Mexico, and the acquisition of the company Ferrari Indústria Metalúrgica, by Master.

According to Randon’s CEO Daniel Randon, the performance presented reinforces the company's strategy in combining the solidity of the organisation with the transformation movement it is going through.

“We were very pleased with the results achieved in 2019, when Randon Companies completed 70 years of trajectory,” he said. “Through investments in innovation, market expansion and proximity to our customers, we are increasingly aiming at the future and maintaining the position of protagonists in the segments where we operate.”

In addition, in 2019 Fenatran, the largest freight transport fair in Latin America, which contributed even more to the relevant positioning of Randon Companies in the sector. The company has launched 20 new products, with emphasis on e-Sys, auxiliary electric shaft to be used in road implements, which is reported to reduce truck fuel consumption by up to 25 per cent.

“These results confirm the company's recovery from the challenges of previous years,” said Randon Companies CFO, Paulo Prignolato. “We noticed a positive movement in the market and the improvement of macroeconomic indicators in the short term, but we continue with moderate optimism for the coming months.”