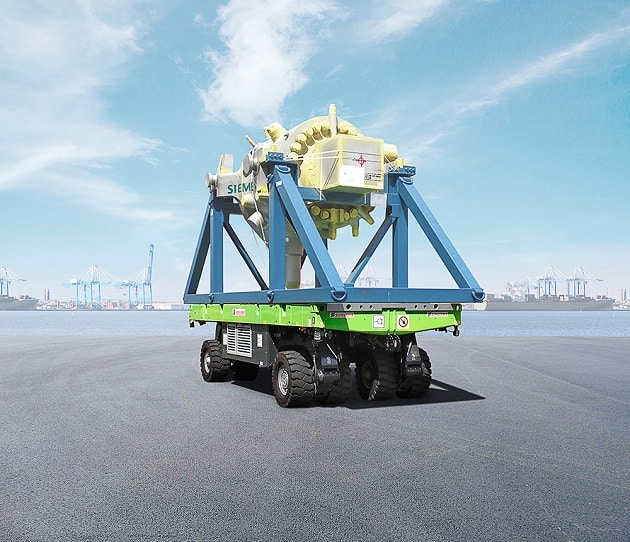 Companies from Germany, like modular transporter specialist SCHEUERLE of TII Group, are best prepared to meet the challenges of the future according to a survey.

As part of the so-called 'Deutschland Test', Focus Money, in collaboration with the Institute for Management and Economic Research (IMWF) along with scientific support from the Hamburg World Economic Institute (HWWI), selected the German digital champions.

In order to determine the digital champions, according to TII Group, the operators of the study stated that they had evaluated approximately 5,000 of the largest companies in Germany, based on the number of employees, out of a total of 10,000 companies. The analysis was based on a two-step test model. On the one hand, companies had to answer an extensive questionnaire; on the other, the researchers used so-called social listening on the internet to collect information about the companies on the topics of digitisation, technology and innovation. These were then subsequently evaluated according to, among other things, how often a brand was mentioned in the thematic context while also taking into consideration all positive, negative and neutral ratings. As reported by Focus Money, the scientists viewed a total of 438 million sources and 26 million reviews in the investigation period from 1st January to 31st December 2019.

They then summarised the performance of a company in the two sub-areas of the study and determined the total number of points whereby the TII Group occupied the leading position in the 'Vehicle Construction' category which underlined its innovative strength and competitiveness in the segment.

Meanwhile, SCHEUERLE was awarded 'Innovation Leader: Mobility of thte Future' via FAZ Institute for facilitating the transition to environmentally-friendly transportation.

The scientific research enterprise, Prognos AG, reached this result on behalf of the FAZ Institute and in cooperation with IMWF (Institute for Management and Economic Research) based on the analysis carried out on patent applications with reference to mobility. In total, 2,251 companies operating in Germany were evaluated. Apart from the number of registered patents, the scientists also examined the relevance of the patents for the respective industry. The basis for this was the patent database of the European Patent Office PATSTAT.

The scientists also assessed the patents according to innovation leadership classifications, i.e. how strong the impact of an invention is on others as well as innovativeness; this means how strongly an invention can be distinguished from previous innovations. With this commitment, companies like SCHEUERLE would ensure that Germany's export strength remains unaffected explained the researchers.

The two awards confirm that the TII Group is an ultra-modern group of companies that produces innovative products which make heavy-load logistical operations future-proof. With transport solutions such as the optionally available electrically driven SPMT PowerHoss, in-company heavy-load logistics can be handled emission-free while the E-Catering Wiesel helps to improve the CO2 balance of airports whereby the Wiesel AGV is already in a position to realise intralogistic tasks in an automated, efficient and safe way.