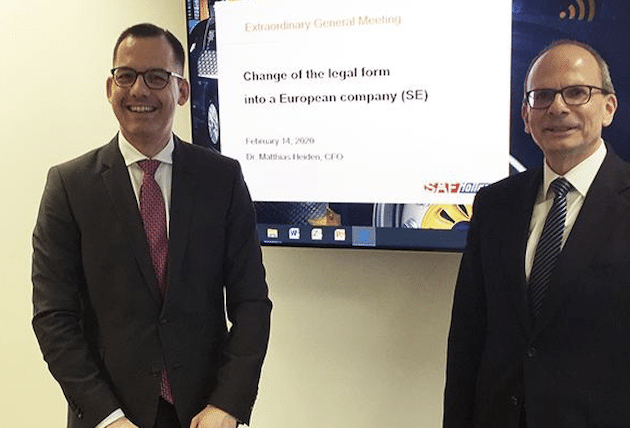 All proposed resolutions put forward at a SAF-Holland general meeting held 14 February 2020, including the conversion into a European company, were approved by a large majority.

The proposed resolutions included terms of conversion, the restatement of the company's articles of association and the conversion of the company into a European company – under the name of SAF-Holland SE.

More than 68 per cent of share capital was reported to be represented at the meeting.

“The high representation of share capital at the meeting and the voting results on the various points of the agenda show that our plan enjoys broad support from our shareholders,” said SAF-Holland SA Chairman of the Board of Directors, Dr Martin Kleinschmitt. “Thereby we have achieved the first milestone.”

An extraordinary general meeting, which is likely to be held in the second quarter of 2020 after the Annual General Meeting has been concluded, will vote on the required resolutions – a capital increase from company funds, the transfer plan and the restatement of the articles of association of SAF-Holland SE with its future registered office in Germany.