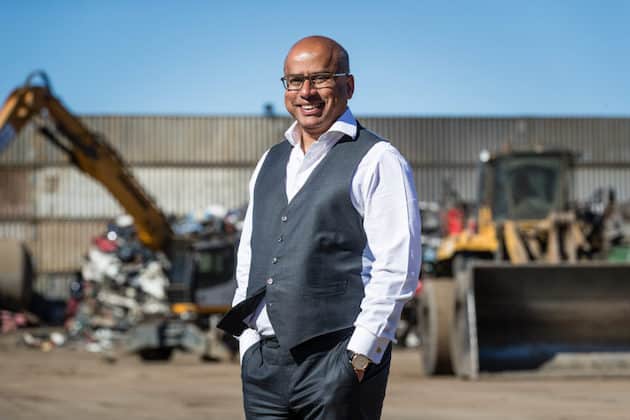 Alvance Aluminium Group will be headquartered in Paris and will bring together all of GFG Alliance’s assets across the aluminium supply chain – from raw materials through to finished components – to drive synergies that will help the business meet ever increasing market challenges and take full advantage of opportunities to expand.

Alvance will be the first GFG Alliance global vertical to be headquartered outside of its  international headquarters in London and will initially group together the GFG Alliance’s existing upstream aluminium production activities in the UK and France together with its French engineering businesses.

Alvance has an experienced multinational management team and is in the process of appointing a Board of Directors to oversee the highest standards of corporate governance.

Sanjeev Gupta, Executive Chairman of GFG Alliance, has also revealed that he is extending GFG's carbon neutral 2030 (CN30) program to Alvance. Liberty announced a commitment to make its Liberty steel business carbon neutral by 2030 in October 2019. Alvance will now share this CN30 target, with the aim of setting Alvance on course to become the new standard bearer for sustainable aluminium production, 'Greenaluminium'.

“The creation of Alvance highlights the global nature of our ambitions,” said Gupta.

“We’ve made huge progress in both consolidating our steel network worldwide and delivering higher value-added products to our consumers. Alvance now aims to establish itself as a champion for Greenaluminium. Extending our CN30target to this part of the business is both a logical and necessary step in its development.

“Given the rise in customer demand for stronger, lighter-weight, recyclable materials, we see aluminium as a key opportunity for growth and sustainable profitability. However, we operate in an international market that’s both cyclical and under competitive pressure, and so by combining our businesses, we’re looking to achieve greater synergies, increase efficiencies and ensure the business is fit to meet the challenges ahead,” he said.

GFG Alliance aims to be at the vanguard of sustainable production of materials that will help the automotive and other sectors deliver lighter, greener, more efficient products – Alvance will champion this program with Greenaluminium.