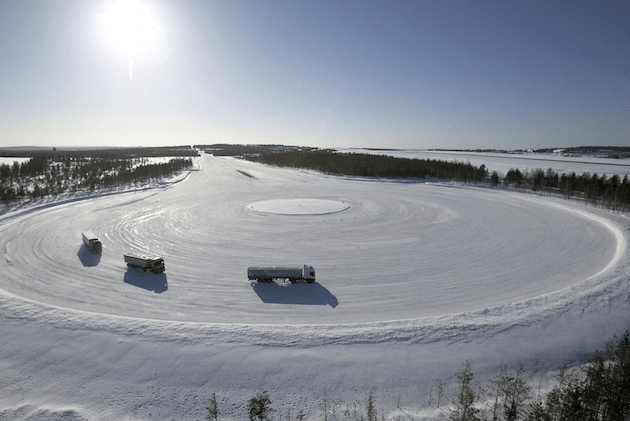 Testing is an integral part of developing any technology, but when creating innovations for commercial vehicles, according to WABCO, safety comes before anything else.

“Digital simulations handle the development of the technology to ensure it works as it should, keeps the user safe and delivers the performance WABCO customers are used to,” he said.

WABCO Advanced Development Leader, Dr Thomas Dieckmann, said that forward-looking systems can be refined to make them appropriate for the future of mobility.

“For WABCO's Evasive Manoeuvre Assist (EMA), which we demonstrated in 2017, we used a model-based development to quickly find a suitable control algorithm that was finally refined and tuned in real life testing.”

WABCO uses different methods that work in harmony and does not see digital and real-world testing as mutually exclusive. Advanced digital testing, according to WABCO, has changed the way this integrated technology is developed but there are some things that can only be refined in a live environment.

“In terms of safety and durability, real life testing still plays a vital role in developing and proving new functions, making sure systems are working 100 per cent as intended– especially when it comes to final releases and performance fine tuning,” said Dieckmann. “Using these two types of tests together means products can be brought to market quicker, allowing for enhanced safety as we move along the road towards autonomy.”

One of WABCO's three testing facilities is located in the Arctic where, from December to March, the average temperature is -30° C (-22 °F).

As well as testing under these extreme conditions, the facility is laid out to offer a wide range of road conditions. With 11 hectares of steep grade tracks, a handling course, and a heated asphalt surface, the facility is designed to test and optimise the systems created by WABCO. One particular benefit of the cold temperatures is the low friction value of the surfaces, which allows for stability control testing at high and low speeds.

This is an important part of testing new safety innovations for commercial vehicles according to WABCO.

WABCO said the challenge of developing autonomous technology is replicating the different scenarios a human driver tackles on a daily basis, on the road and in the yard.

“An autonomous truck needs to be able to sense and react to every possible thing that could happen in a live situation.

“This is another reason why real-world testing is so important. Digital simulations can help develop the technology but driver assistance systems — as well as fully autonomous trucks — need to be tested in a specialist facility before they're deemed safe to be out on the road.

“Testing in this way means WABCO is able to deliver performance and safety while looking to a future that's going to see a lot more autonomous vehicles on our roads.”

In other news, WABCO eTrailer was recently recognised for transport sustainability.