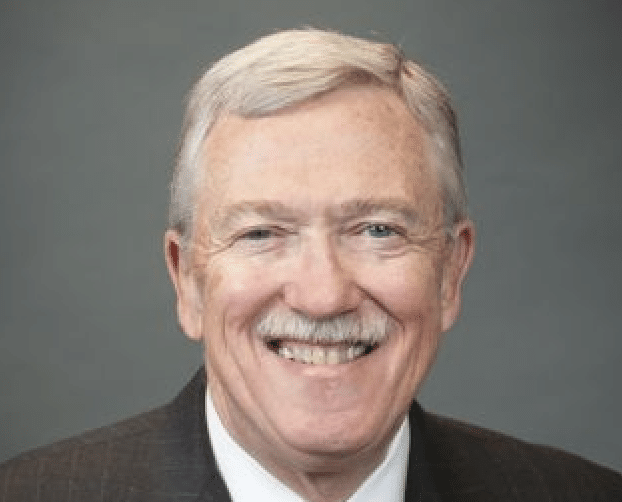 US-based OEM, Wabash National, has announced that Dr Martin Jischke has chosen to retire following the 2020 annual meeting of stockholders. The Board will appoint Wabash National’s long-standing director, Larry Magee, to serve as the next chairman of the board assuming his anticipated re-election as a director at the company’s annual meeting.

“It has been a great privilege to serve alongside Wabash National colleagues for the past 17 years,” said Dr. Jischke. “Their integrity, intellectual rigour, engineering innovation and commitment to making Wabash better are what make Wabash National such an extraordinary company. I’m proud to hand the reins over to Larry for the next chapter in the company’s history.”

Dr Jischke became the company’s Chairman of the Board in 2007. Before joining the company’s Board in 2002, he was the 10th President of Purdue University in West Lafayette, Indiana, where he served from August 2000 until his retirement in July 2007.

“I want to thank Martin for his unwavering dedication to Wabash National,” Wabash National CEO, Brent Yeagy. “As a result of his unrelenting focus on creating value and growing the company, Wabash National has become a stronger and more stable organisation. His leadership and counsel have been invaluable to the company, and more personally, I have benefited greatly from Martin’s advice, guidance and friendship.”

Dr Jischke has served in leadership positions, including as president of four major research universities in the US, in which he was charged with the strategic and financial leadership of each organisation. He was also previously appointed as a Special Assistant to the United States Secretary of Transportation. He continues to serve on the Board of Trustees of the Illinois Institute of Technology, and previously served as a director of Duke Realty Corporation from 2004 to 2016 and served as a director of Vectren Corporation from 2007 to 2017.

“On behalf of the Board of Directors and everyone at Wabash National, I want to congratulate Martin for his distinguished career and thank him for his steadfast service to our company and our community,” said Yeagy.

“He has been a model of corporate leadership and integrity in the industry and beyond. We wish him well in his retirement.”

“Looking ahead to our future, we are excited to work with Larry as we continue our business transformation to be the innovation leader of engineered solutions in the transportation, logistics and distribution markets. His dedication and leadership on the Wabash National Board since 2005 has been instrumental to our success and growth as an organisation,” he said.

Wabash National has also announced the appointment of Terry Bassett to the company's Board of Directors and to the Nominating and Corporate Governance and Compensation Committees.

Bassett recently retired from Avnet after 26 years with the company, where she most recently served as Chief Strategy, Innovation, and Mergers and Acquisitions Officer responsible for identifying growth opportunities to enhance the overall business portfolio, financial strength and global market value. Bassett is currently the Managing Director of NuVentures, a consulting firm focused on strategy, innovation and M&A pipeline development.

Commenting on this appointment, Dr Martin Jischke, Chairman of the Board of Directors of the Company, said: “Terry brings a wealth of experience in developing strategic growth plans, innovation programs and talent development strategies for a global business. We are fortunate to have Terry join our effort to continue our growth and to build Wabash National Corporation as the innovation leader in the transportation, logistics and distribution industries. We welcome her ideas, expertise and enthusiasm, and look forward to her contributions as a representative of the Company’s stockholders”.

The appointment of Bassett brings Wabash National’s Board to nine members. With the exception of Yeagy, the directors qualify as independent directors under the listing standards of the New York Stock Exchange and the Company's Corporate Governance Guidelines. All of the Board of Director committees continue to be comprised of only independent directors.