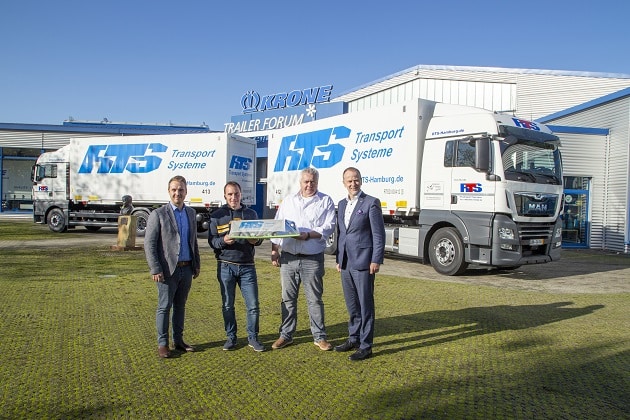 RTS Transport Service Managing Director, Jürgen Klein, visited Werle and participated in a factory tour as part of the handover.

“Due to the very good vehicle quality, we have repeatedly opted for Krone since the company was founded in 1997; in the meantime, the Krone share of our vehicle fleet is around 95 per cent,” said Klein.

“We always use the latest technology, because we do not see ourselves as a classic freight forwarder, but as a service provider in the logistics industry,” said Struck. “In addition, in Patric Niemann we have a competent and reliable contact partner, which is next to quality, another strong argument for our many years of brand loyalty.”

In other news, Krone won a sustainability award for its telematics solution.