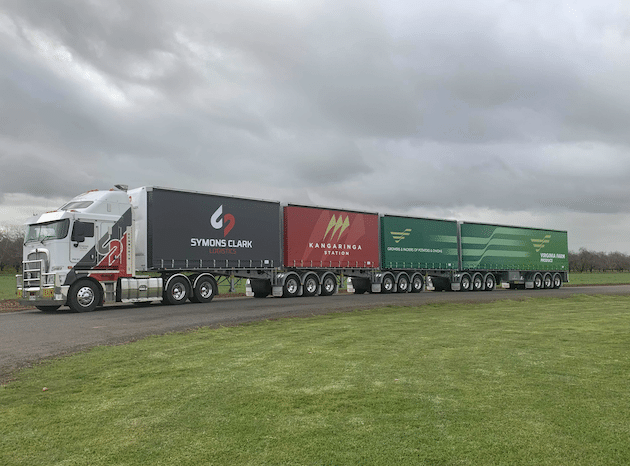 As Australia's National Heavy Vehicle Regulator (NHVR) expects to approve a record of 1,900 PBS combinations in 2019, bringing the total number of units in current operation beyond 10,0000, the scheme is gathering traction in Europe, South Africa and New Zealand according to NHVR Chief Engineer, Les Bruzsa.

These included Sweden, France, Belgium, Holland and Norway although the driving force behind the introduction of high productivity vehicles in Europe, according to Bruzsa, is not so much the productivity but rather the environmental benefits.

“They have very ambitious targets in terms of reducing the greenhouse gases of the transport sector and this applies to the individual countries in general,” he said.

“Transport can have a major say in that and, as we've already demonstrated in Australia, high productivity vehicles can deliver significant benefits in this area by lowering emissions.”

With developments for connected vehicles in the heavy vehicle sector still some time away in Europe, network connected vehicles remain a topic of contention especially in regard to braking standards and how they apply to electronically connected trucks.

“They are complementary even for the unique European environment,” he said. “Where we started at Level 1 they are thinking about Level 0 in which they are looking at introducing a special city-based set of standards that consider delivery vehicles in completely different city design specifications and urban environment.”

The extremely large vehicles classified as Level 4 in Australia would, as part of the program, not be considered in the short term with vehicle lengths likely to be capped at 46 metres according to recommendations made from the study.

However, the PBS standards would be supported across smaller commercial vehicles validating the work of the NHVR.

Bruzsa said Sweden was already underway with evaluations with Denmark set to follow.

“For the application it is a generic trial appropriated for delivery vehicles that are accessing city environments,” he explained.

“For PBS Level 0 they want to reduce the swept path of the vehicle. So that means they can negotiate smaller intersections, and smaller roundabouts.”

Every two years the Institute of Road Transport Engineers New Zealand (IRTENZ) , where PBS legislation is currently being finalised, holds an event with international speakers. Bruzsa was one of them at this year's gathering.

He led two presentations. One looked at PBS in general while the second incorporated PBS tyres and technology issues. All those presentations were well received according to Bruzsa.

“We had some interesting discussions about our experience with some of the management issues of PBS. For example the PBS tyre issue,” he said. “They are going towards a generic tyre model in their PBS legislation. They believe it will be more practical and beneficial for operators and would make their PBS system more accessible.”

More recently he spent ten days in South Africa, where PBS has been under a range of ongoing evaluations since 2008.

Over the past 12 years most of the country's provinces have been part of a PBS trial in which 600 vehicles were, at some point, in operation and monitored.

The results, according to Bruzsa, have been something of a revelation.

“What’s very interesting in terms of the trip reduction and fuel savings and the environmental benefits and the safety benefits is that in South Africa their statistics are almost identical to ours in Australia,” he said.

This includes a 46 per cent reduction in major crashes and heavy vehicle fatalities compared to 44 per cent locally.

During the trip, Bruzsa contributed to training courses for industry and government representatives in which he delivered a series of ten lectures over two days covering the historical and technical context of the Australian Performance-Based standards scheme.

It was his second trip to South Africa having first given presentations in Cape Town and Johannesburg in 2016.

“The major thing is that everybody is acknowledging Australia’s leading role in terms of PBS and the operation of high productivity vehicles and they’re looking at our experience,” he said. “Our trucking industry can be extremely proud and not just the transport companies but the regulators as well. I was extremely proud to represent Australia and deliver the message.”