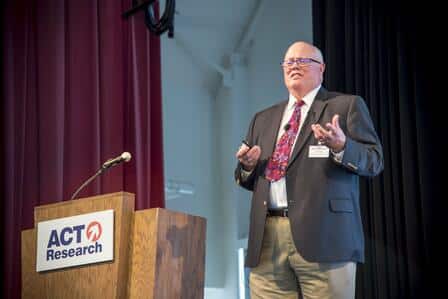 The preliminary estimate for October, according to ACT Research, indicates that trailer manufacturers booked 31.9k net orders to their orderboards last month, a 71 per cent spike from September and the second straight month of sequential growth greater than 70 per cent.

Volume was 42 per cent below last year, but slightly above the same month in 2017. Year-to-date, net orders are off 52 per cent from the torrid pace of 2018.

Before accounting for cancellations, new orders of 37.5k trailers were up 73 per cent from September, but 34 per cent below last year. Final volume will be available later this month. This preliminary market estimate should be within +/- 3% of the final order tally.

ACT Research’s State of the Industry: U.S. Trailers report provides a monthly review of the current US trailer market statistics, as well as trailer OEM build plans and market indicators divided by all major trailer types, including backlogs, build, inventory, new orders, cancellations, net orders, and factory shipments. It is accompanied by a database that gives historical information from 1996 to the present, as well as a ready-to-use graph packet, to allow organisations in the trailer production supply chain, and those following the investment value of trailers and trailer OEMs and suppliers, to better understand the market.

“October order strength was highly concentrated in dry vans, where orders were more than two times that of September,” he said. “A counterpoint to the net order surge was continuing elevated cancellations, occurring in both dry vans and reefers. Since we are approaching year-end, it is likely that cancellations are due to a combination of several factors. Some placeholder orders are likely being cleared from the system and it is also likely some production is being shifted into early 2020, either at OEM or fleet request.”