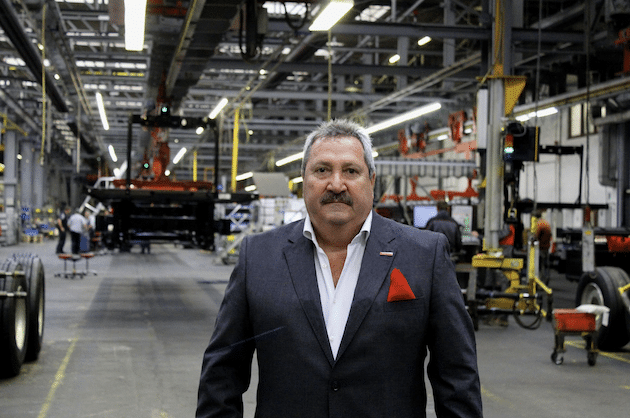 With 35 years of experience, del Mazo took over the role of Sales Director for the Iberian Peninsula from his predecessor Hector Rodriguez, who departed from the company of his own accord.

In his new position, del Mazo will primarily be responsible for key accounts, as well as the management and further expansion of the existing dealer, service and workshop network.

In del Mazo, Kögel has gained a manager and an industry expert from the ranks of the European market leader for semi-trailers. He reports directly to Kögel Managing Director, Massimo Dodoni.

Before joining Kögel, del Mazo held various management positions at Europe’s market leader in semi-trailers for a period of 13 years, during which he significantly expanded the business in Spain and Portugal. As a result, he has great connections to many fleet managers and persons of influence in the industry. Prior to that, he held various positions, culminating in technical director, at the Spanish market leader in semi-trailers for 21 years.

“With Javier del Mazo on board, we have an expert in sales and trailers, who is sure to contribute valuable new impetus to the further development of Kögel in Spain and Portugal,” said Dodoni. “We would like to thank Hector Rodriguez for his outstanding service in expanding our business on the Iberian Peninsula over the past years, and wish him all the best and every success for the future.”