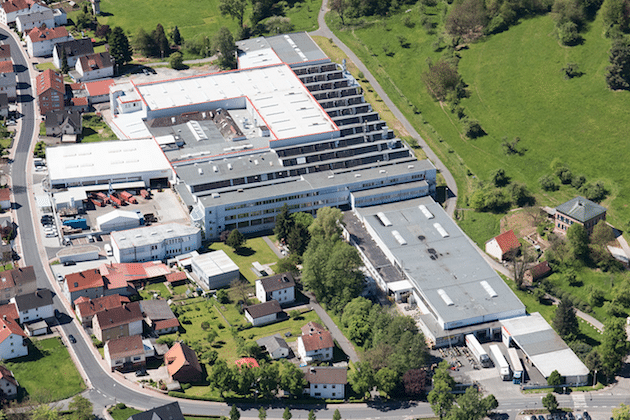 Equipment specialist, SAF-Holland, has published its quarterly statement for the first nine months of 2019.

“We have responded immediately to the decline in the market environment for trailers and heavy trucks and have initiated a comprehensive program to cut selling and administrative costs at all locations,” said SAF-Holland CEO, Alexander Geis.

“We have intensified our efforts in the USA under our program ‘Forward’ and will continue to drive ahead the expansion in our high-margin aftermarket business.

“Upon the successful completion of the comprehensive reorganisation in China towards the end of the year, we will have laid the foundation for a significant improvement in the China region's operating result in the year ahead. Now is the time for us to focus on winning new orders for the domestic Chinese market and expanding our strategic customer relationships.”

Group sales in the first nine months of 2019 reached a level of €1,008.6 million and were 2.8 per cent higher than the level of €980.9 million reported in the prior year. The additional contribution to sales from the companies acquired since January 2018 amounted to €38.1 million. The positive currency effects, resulting primarily from the appreciation of the US dollar versus the euro, amounted to €22.0 million. Sales adjusted for currency and acquisition effects, therefore, declined by 3.3 per cent to €948.6 million.

Adjusted Group earnings before interest and taxes (EBIT) declined by 5.9 per cent from €71.1 million in the same prior-year period to €66.9 million in the first nine months of 2019. The significant earnings improvement in the Americas region was not enough to compensate for lower earnings contributions from the remaining three regions. The adjusted EBIT margin in the first nine months of 2019 equalled 6.6 per cent (previous year 7.2 per cent).

Investments concentrated on optimising processes and procedures according to SAF-Holland.

Net financial liabilities (including lease liabilities) rose by €61.1 million compared to their level as of 31 December 2018 and amounted to €274.7 million as of 30 September 2019. This increase resulted not only from total free cash flow in the amount of €-3.0 million but also from the dividend payment of €20.4 million and especially the effect from the first-time application of the new IFRS 16 leasing standard of €33.3 million. As of 30 September 2019, the SAF-HOLLAND Group had liquid assets of €126.1 million (31 December 2018: €155.0 million).

“Over the next few quarters, we will continue to work intensely on managing our net working capital to achieve a sustained, positive operating free cash flow,” said SAF-Holland CFO, Dr. Matthias Heiden. “This will also be the basis for continuing to comply with our financial covenants.”

Equity ratio is a solid 33.3 per cent according to SAF-Holland.

Equity in comparison to 31 December 2018, increased by €12.6 million, or 3.8 per cent, to €345.2 million. The main drivers of this increase were the net result for the period of €17.3 million in the first nine months of 2019 and positive exchange differences from the translation of foreign operations recognised directly in equity. The rise in total assets of €58.3 million, or 6.0 per cent, to €1,035.7 million was mainly a result of the new IFRS 16 leasing standard, which led to a slight decline in the equity ratio from 34.0 per cent to 33.3 per cent.

In the EMEA region, sales in the first nine months of 2019 declined by 1.6 per cent to €492.5 million (previous year €500.6 million). The companies acquired since January 2018 contributed additional sales of €17.3 million. As a result of volume effects, organic sales declined by 4.9 per cent to €476.1 million and outperformed the European sales markets.

At €26.1 million, adjusted EBIT was significantly above the prior-year level of €6.5 million. The adjusted EBIT margin was 6.3 per cent (previous year 1.8 per cent). Key contributors to this performance were the improvement in processes and procedures, the contractual passing on of last year's steel price increases, lower purchasing prices for steel and other materials and a significantly more profitable aftermarket business.

In the first nine months of 2019, the APAC region increased sales by €3.9 million to EUR 69.2 million. The additional sales contribution from the companies acquired since January 2018 amounted to a total of €20.4 million. Currency- and acquisition-adjusted sales declined 26.2 per cent year-on-year to €48.2 million, primarily as a result of the persistently weak market environment in India.

In contrast, adjusted EBIT amounted to €4.1 million and fell short of the previous year's figure of €5.4 million. Restructuring income of €2.2 million from the sale of a building as part of the merger of SAF-Holland Australia and York Transport Equipment Pty. Ltd. (Australia) was eliminated. The adjusted EBIT margin fell from 8.3 per cent to 5.9 per cent. The decline in the margin is also attributable to the persistent market weakness in India. A cost-cutting programme was launched and is showing first positive effects.

The China region generated sales of €30.8 million in the first nine months of 2019 (previous year €61.2 million). This decline was the result of the shrinking export business stemming from the trade dispute between China and the US, as well as from short-notice cyclical cancellations and delays in orders and temporary strikes following the announcement of plant closures.

The China region achieved an adjusted EBIT of €-9.9 million in the first nine months of 2019 (previous year €+2.2 million). No adjustment was made for non-recurring expenses totalling €6.6 million, which were fairly evenly spread over the second and third quarters. These expenses are related to impairments on inventories and receivables of €3.9 million and €1.2 million, losses on disposals of assets of €0.8 million and strike-related costs of €0.8 million.

The integration of the other Chinese locations into the new plant in Yangzhou is at an advanced stage. The plant in Qingdao ceased operations as of 31 July 2019. The two warehouses in Beijing were also closed as of 31 July 2019. Business activities at the plant in Xiamen and the office in Beijing are scheduled to be discontinued by the end of 2019. The commencement of pre-series production at the new Yangzhou plant took take in the fourth quarter.