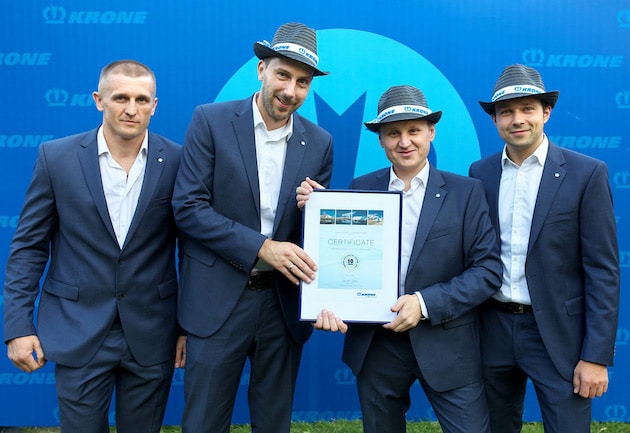 On behalf of the entire Krone team, Igor Goiko and Andreas Arns welcomed around 80 customers and partners from the transport industry and thanked them for their trusting and fair cooperation over the past ten years.

A Profi Liner TIR, which was sold to the company Nimex from Shymkent as part of the celebration, served as both an exhibit and a show stage for the live band.