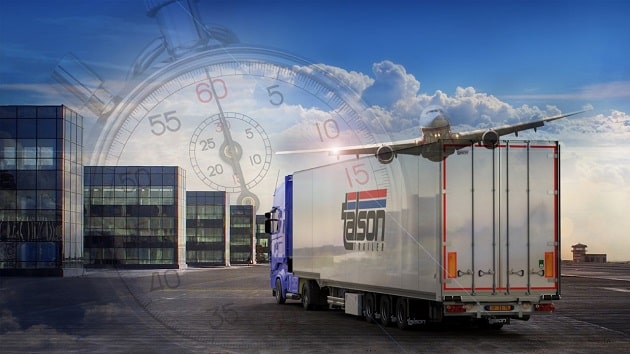 Commercial vehicle manufacturing is on the rise in the Netherlands following an economic boom and increasing demand for trailing equipment.

According to an ING Bank market report in May 2019, Dutch trailer sales reached a new record at 15,800 (+1 per cent) with the economic boom in 2018 and the current registration level far above the 10-year average of around 11,500. Approximately 45 per cent of new purchases comprised curtainsiders. The advance of refrigerated trailers (15 per cent of the park) seems to have peaked.

Transportation demand, especially for construction and retail sectors, is reported to be increasing.

Headquartered in Venlo, box manufacturer, Talson, increased its sales volume by more than 50 per cent compared to the previous year and became the third Dutch company in the general box market, continuing its leading position in the air cargo market.

With the impact of Brexit in road transport, according to Talson, intensity and profitability fell in early 2019 and general cargo companies decided to postpone purchases. Investments in construction-related transport have reportedly not yet reached a sufficient pace and have the opportunity to grow.

“Historically, Talson Trailers and Van Eck Trailers have both been at the forefront of innovation
developing rollerbed trailers for air cargo and double deck solutions concurrently during the 1980’s as R&D operations still remain the driving forces for both,” Talson said in a statement.

“Talson and Van Eck are presenting the customer with highest quality and sustainable solutions that are tailored to their needs.

“As the integration of Talson’s powerful resources to empower quality, customer-centric innovation and Van Eck’s time honored 'Eckcellence' continues, benefits to the Netherlands economy, its employees, customers and suppliers.”

Talson meets the needs of air cargo sector with its most-popular vehicle in Europe, TAG TAL. TAG TAL is equipped with rollerbeds that are integrated into the vehicle floors in order to facilitate speedy loading and unloading of loads. With Auto Down Safety rollers lower down into the floor automatically while driving for maximum load security. Additionally, the vehicle is provided with multi-functional, patented Talfix system with 10, 000 holes that enables the operator to combine carriage-loading models in one trailer.

Talson’s other most popular vehicle in the Netherlands is a garment transporter, TGM TAL. TGM TAL is specially produced for the secure transportation of high-quality products. The vehicle is equipped with aluminum panel technology and Talfix Panels that enables multi-functional usage of the vehicle to increase profitability. Designed with light weight, TGM TAL offers more payload. Equipped with the latest technology, TGM TAL offers long life cycle. The vehicle’s double deck bar allows to create a second tier inside the vehicle for maximum carrying capacity. Plus, the height of the deck can be adjusted for maximum efficiency.