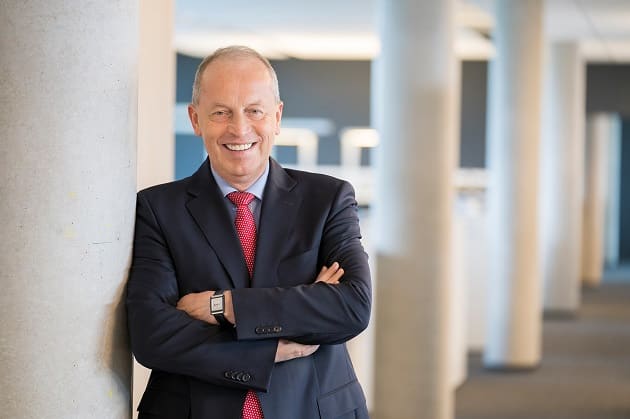 After 16 successful years, Alfons Veer will resign as Chairman of the Management Board of Bernard Krone Holding SE & Co KG at the end of 2019.

Veer’s decision to retire is reportedly due to his age (65). He will join the Supervisory Board of the Krone Group on 1 January 2020.

Veer will be succeeded as CEO by Dr David Frink (46) who has been Chief Financial Officer of the Krone Group since the beginning of 2018.

From 1 October 2019, Dr Frink will also be responsible for the agricultural machinery division.

New to the Krone management team is Dr Stefan Binnewies (48), who will join the Executive Board of Krone Holding as Chief Operating Officer (COO) on 1 October 2019. He is responsible for the Commercial Vehicles division in the holding company and, among other things, the Group divisions Strategic Purchasing, Investments, Human Resources and Legal Affairs.

Ole Klose (53) is also a new member of Krone Holding; as of 1 October 2019, he will be a member of the Executive Board (with power of attorney) with responsibility for Treasury, Taxes, Sales Financing, Insurance and Equity Investments.

Klose previously worked for the Bankhaus Lampe Group for 16 years, most recently as Managing Director of Lampe Investment Management.

“We are very pleased that we have been able to gain two established executives, Dr Binnewies and mister Klose, whose know-how will be very valuable, particularly with regard to the increasing internationalisation and further expansion of the company,” said Bernard Krone, Managing Partner of Krone Holding. “We very much welcome the fact that mister Veer will continue to contribute his many years of expertise to the Supervisory Board of the Krone Group in the future.”