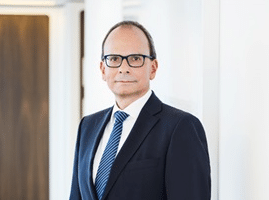 Equipment specialist, SAF-Holland, has announced a change to its Board of Directors.

Merz will remain a member of the company's Board of Directors.

Between 1991 and 2000, he held various management positions at Herlitz and Herlitz Falkenhöh, most recently as Chief Financial Officer and Human Resources Officer of Herlitz. Since 2001 he has been a partner in the international law firm Noerr LLP and is a member of the Executive Board of Noerr Consulting, where he works as a consultant and interim manager in the areas of corporate finance and restructuring.

(Image: newly appointed SAF-Holland Chair of the Board of Directors, Dr Martin Kleinschmitt.)