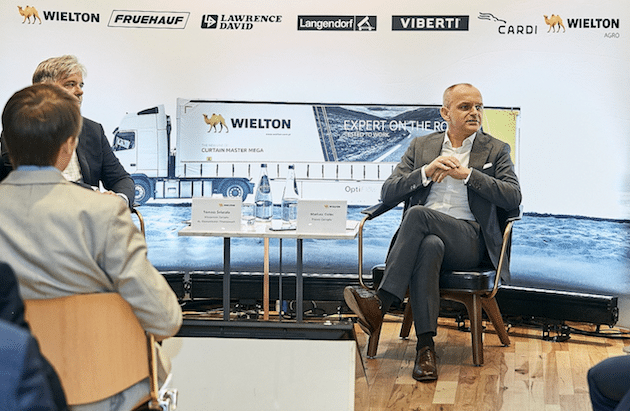 Polish OEM, Wielton, has released financial results for the first half of 2019, citing increases in revenues and earnings before interest, tax, depreciation and amortisation (EBITDA).

Market data indicates that Wielton is a growth leader among the world's largest trailer manufacturers. The OEM remains a dividend company – in June this year. The company paid almost PLN 20 million (approx. €4,565,191) in dividend from 2018 profit.

“Considering that the results for the first half of 2019 take into account the revenues of the British company Lawrence David acquired at the end of last year and the fact that integration activities are still underway, which in the near future will bring an increase in the margins generated by this company, it should be emphasised that satisfactory profitability level of our current business in 2019,” said Wielton Vice President of the Management Board for Economic and Financial Affairs, Tomasz Śniatała.

Revenues of French company Freuhauf reached almost PLN 387 million (approx. €88,340,977) and were over 23 per cent – reportedly higher than a year ago. A company from the Wielton Group remains a market leader with almost 21 percent share (an increase by approx. three per cent year-on-year). The improvement of results is the result of robotisation of production lines which very positively affected their efficiency.

The Polish company generated PLN 236 million (€53,871,781) of turnover in the domestic market (down one per cent year-on-year). The Group maintained its leading position in key product categories. In the period under discussion, Wielton resisted price pressure from the competition, which led the group to maintain margins from earlier periods.

Viberti has strengthened its position on the Italian market. The company is at the stage of finalising the business plan leading to cost optimisation and changing the sales structure (which will result in maintaining margins). It is also planned to introduce new products for sale.

The revenues of the German Langendorf Group on product sales reached almost PLN 139 million (approx. €31,729,546) and were over 14 per cent higher year-on-year. The company implements pro-growth activities related to product portfolio management and the use of group synergies aimed at increasing revenues and maximising margins.

“We monitor all strategic markets on an ongoing basis and adjust activities to their individual situation,” said Wielton CEO, Mariusz Golec. “The results of individual companies indicate effectiveness in managing the Group.”

In September 2019, Global Trailer published an annual ranking representing the largest trailer manufacturers in the world. The Wielton Group took eighth place (third among European companies), improving the result by two positions. The results indicate that the Wielton Group achieved the highest growth dynamics among the companies in the top ten in the ranking.