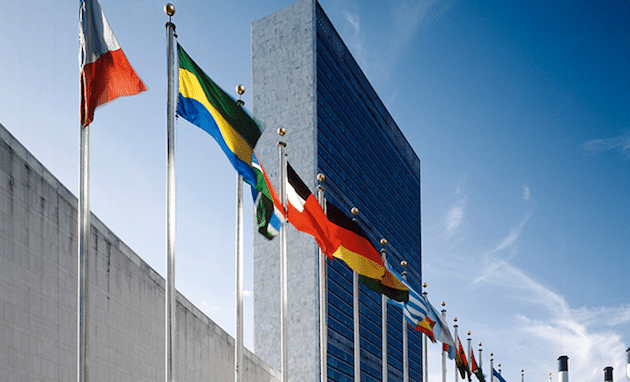 The partners of Sweden-based joint venture, Hybrit – including SSAB, LKAB and Vattenfall – will join the Leadership Group for Industry Transition that was launched this week at the UN Climate Action Summit in New York by Swedish Prime Minister, Stefan Löfven.

Hybrit, which aims to pilot the production of steel using hydrogen instead of coal and coke, was presented as one of the most ambitious and most transformative initiatives to tackle climate change.

The purpose of the Leadership Group is to accelerate the transition to low carbon pathways in hard to abate sectors in line with the goals of Paris Agreement.

UN Secretary-General, António Guterres, invited the world to a Climate Action Summit on 23 September to present concrete, realistic plans to reduce greenhouse gas to net-zero emissions by 2050. Sweden, together with India, has been commissioned to demonstrate the importance of the industry for the transition to a sustainable and fossil free society.

In conjunction to this, a Leadership Group for Industry Transition was launched, by Sweden an India during the UN Climate Action Summit.

Hybrit owners will be part of the Leadership Group and was presented as one of the most ambitious and most transformative initiatives to tackle climate change.

The Leadership Group will work towards accelerating transition of all industry sectors to low carbon pathways in line with the goals of Paris Agreement, while pursuing efforts to reach net-zero carbon emissions by 2050. By supporting governments and industries in low-carbon industry transformation, as well as establishing an arena for innovation-sharing and public-private collaboration, the Leadership Group will provide conditions for successful and enhanced implementation of Paris Agreement while acknowledging the principles and provisions of United Nations Framework Convention on Climate Change (UNFCCC) and the Paris Agreement including equity and CBDR-RC.

“Steel industry is seen, as one of the ‘hard to abate’ sectors, but we firmly believe that net zero emissions is possible,” said SSAB President and CEO, Martin Lindqvist.

“That’s why we took the initiative to create Hybrit. Fossil free steel has tremendous potential and could help many customer segments to truly become fossil free.

“We believe that industry transition is positive both for the climate and for our industry’s competitiveness,” he said.

“I think we can argue that Hybrit is one of the most ambitious industrial transition projects globally today,” said LKAB President and CEO, Jan Moström. “All three companies have made commitments to be fossil free already by 2045, we have a concrete timetable and have through Hybrit started construction and made investments to begin the transition. For us LKAB, Europe’s largest iron ore producer, Hybrit it an essential part in creating a climate neutral value chain from the rock to hot steel and we’re doing this with support from the Swedish government and together with academia.”

“With Hybrit and Leadership Group we take the opportunity to be part of the transition and to work on solutions for the most important challenge of our time,” said Vattenfall President and CEO, Magnus Hall. “Together we want to inspire others to collaborate across organisational borders as real change and new business opportunities require a fossil-free value chain approach.”

The Leadership Group will contribute with laser-like focus on (a) ‘hard to abate’ industries (accounting for over 30 per cent of global emissions); and (b) providing a specific toolkit of policy frameworks, mechanisms and roadmaps as a model for how government and industry can work together towards transition recognising this will be different for each sector and country.