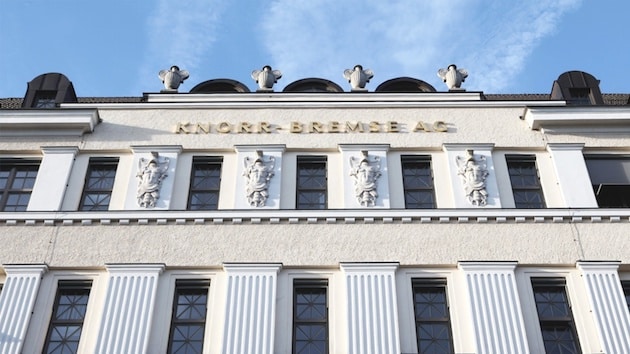 Global market leader for braking systems and commercial vehicle system supplier, Knorr-Bremse, has published its results for the first half of 2019 with full-year guidance confirmed.

Meanwhile, operating Earnings Before Interest, Tax, Depreciation and Amortisation (EBITDA) margin (adjusted for restructuring expenses) increased from 18 per cent to 19 per cent.

“After a highly successful start to 2019, we posted the best half-year revenues in our company’s history despite a difficult market environment and one of the best half-year earnings,” said Knorr-Bremse Chief Financial Officer, Ralph Heuwing.

“Our two divisions complement each other ideally in regional performance and continued to gain market share.

“This confirms Knorr-Bremse’s special business model. Earnings are also substantially higher than in the prior year.

“Overall, we are highly satisfied with the company’s performance and confirm our guidance for the full year. We are nevertheless taking precautionary measures with regard to efficiency and cost control in order to safeguard our competitiveness and profitability,” he said.

“A worldwide increase in content per vehicle, gains in market share and positive currency effects made for substantial growth relative to the truck production rate, which was slightly down year on year.

“There are initial signs of a market slowdown among commercial vehicle manufacturers, given substantial reductions in incoming orders, which from today’s perspective might lead to weaker demand growth for suppliers in North America and Europe during the next year. In this environment, the CVS division performed significantly better than the general demand trend and the competition.

“Revenue growth in the first half of 2019 mainly related to positive performance in North America and the Asia region. The European business, on the other hand, showed a mixed picture with growth in the OE business and a slight decrease in aftermarket revenues. Business performance in the Asian market was positive due to increased content per vehicle, gains in market share and the revenue contribution from the Hitachi Automotive acquisition in Japan, which was included in the consolidated financial statements for the first time. OE business grew globally by three percentage points to 78 per cent of divisional revenues (H1 2018: 75 per cent). The aftermarket share of revenues decreased to 22 per cent (H1 2018: 25 per cent) due to inventory optimisation efforts on the part of our customers.

“CVS increased EBITDA in the first half of 2019 by 1.8 per cent to €264 million, compared with €260 million in the first half of 2018. The reported EBITDA margin correspondingly amounted to 15.3 per cent, down from 16.5 per cent a year earlier. Adjusted for the restructuring expenses for the Wülfrath location, the operating EBITDA margin, at 16.3 per cent, was almost level with the prior-year period (16.5 per cent).”

Regional revenue split in the first half of 2019 is reported to show a slight strengthening in the North American region.

The regional split, according to Knorr-Bremse was:

Capital expenditure, alongside ongoing site developments projects in Munich, also targeted upgrading and expansion projects including the expansion of production capacity for air disc brakes at the Huntington, US, site.