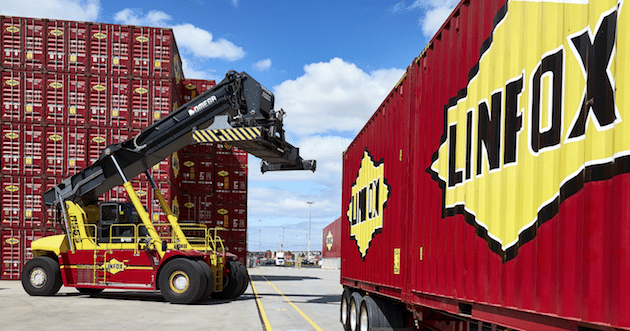 The nine-hectare site strategically located in the growth corridor of the state features five different temperature-controlled zones to manage a range of perishable products including food, beverage and health care items according to Linfox Executive Chairman Peter Fox.

The high security warehousing complements the recent purchase of land in Willawong near Brisbane where the company intends to build a multi-user distribution centre as part of its ongoing investment in the Sunshine State.

“We look forward to introducing our Queensland customers to the facility when it is completed.”

Recently BevChain, the beverage carrier Linfox acquired in late 2017, has partnered with Carlton & United Breweries to provide warehousing and metropolitan transport across its customer network in Brisbane.

The partnership, according to Fox, complements BevChain’s existing CUB network in New South Wales and Victoria and expands the BevChain group in Australia and New Zealand to more than 800 people.

“CUB and Linfox have a deep history extending back to 1968 and we are delighted they have chosen to continue our relationship through our BevChain team,” said Fox who also recognised the business as being an integral partner of the top brewers including Lion, whose 50 per cent stake in BevChain Linfox bought out back when it took full control.

Linfox also confirmed it would custom-build 25 coal haulage vehicles to go with the bespoke high productivity tri-axle Lin-double it recently unveiled in partnership with South32 as part of the company's metallurgical coal assignment in Woolongong, New South Wales.

Last month, Linfox reported on 25 years in Thailand as well as its plans for South East Asia.