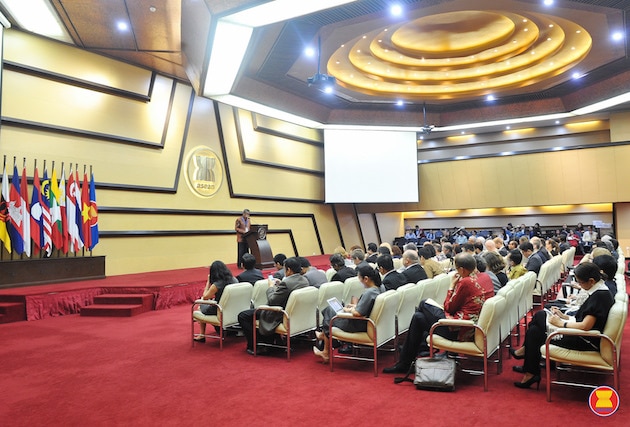 The strategic partnership between China and the Association of Southeast Asian Nations (ASEAN) is becoming a model for a new type of international relations and is the basis of China’s ‘Maritime Silk Road’ initiative according to Chinese media.

“In recent years, in the face of the volatile international situation, China and ASEAN have taken the lead in maintaining regional peace and promoting common development of mankind,” Queqi Media Culture said in a statement.

China and ASEAN, according to Queqi, stand against power politics and hegemonic thinking in light of trade protectionism proposed by the US (Trump’s administration).

“After the reform and opening up, ASEAN is the top priority of China's good-neighbourly friendship. From the Asian financial crisis in 1997 to the international financial crisis in 2008, the strategic partnership between China and ASEAN has experienced [a] real test.

“In 2003, China and ASEAN established a strategic partnership with common goals of mutual assistance and common development. The accumulation of the policies, emotions and mechanisms mentioned above has made the two sides cooperate quite smoothly under the ‘Belt and Road Initiative’.

“Cooperation between the two sides in the fields of economy and trade, macro-policy coordination, infrastructure, maritime rescue, counter-terrorism, culture and education has been progressing with remarkable results.”

ASEAN comprises 10 countries – Indonesia, Thailand, Malaysia, Singapore, Philippines, Vietnam, Brunei, Laos, Myanmar and Cambodia – and promotes intergovernmental cooperation to facilitate economic, political, security, military, educational and sociocultural integration among its members and other countries in Asia. It was established in August 1967 in Bangkok, Thailand, with the signing of the ASEAN Declaration by the founding members of ASEAN including Indonesia, Malaysia, Philippines, Singapore and Thailand. Brunei Darussalam reportedly joined on 7 January 1984, Vietnam on 28 July 1995, Lao PDR and Myanmar on 23 July 1997 and Cambodia on 30 April 1999.