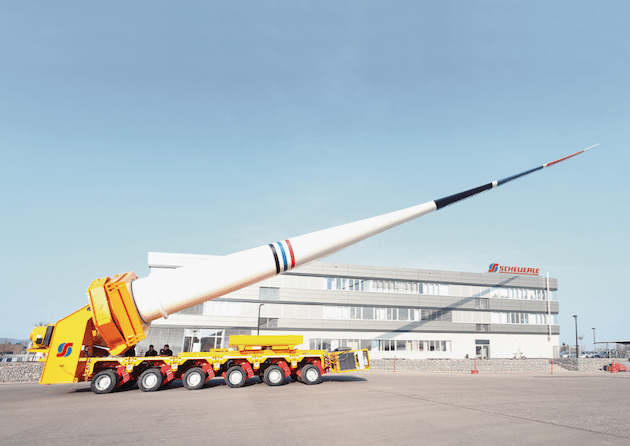 German newspaper, Frankfurter Allgemeine Zeitung (F.A.Z.), named Scheuerle as a leading innovator, based on a recent study conducted by Prognos, IMWF Institute and the F.A.Z. Institute.

Researchers reportedly examined how many patents a company has registered and to what extent these innovations affect other companies.

Only one per cent of the 33,000 companies surveyed received the title of ‘Germany's Innovation Leader’ which included Scheuerle.

In the category ‘Vehicles for the Transportation of Loads’, which was relevant for Scheuerle, the company scored 1,016 points for innovation leadership and 347 points for innovativeness. The average score of all participating companies was 500 or more specifically 300 points. Compared to commercial vehicle manufacturers with similar products, Scheuerle finished ahead of numerous well-known companies with this rating.

“The scientists surveyed a total of 33,000 companies in Germany ultimately filtering out 3,500 innovation leaders.” TII Group said in a statement. “The companies were able to collect index points in two categories namely innovation – the innovativeness of an invention – and the ‘Impact on others’ category which in turn represents the degree of innovative leadership. The basis for the assessment was an analysis of inventions filed in the past ten years at more than 40 patent offices worldwide.”

In related news, Scheuerle is celebrating its 150th anniversary.