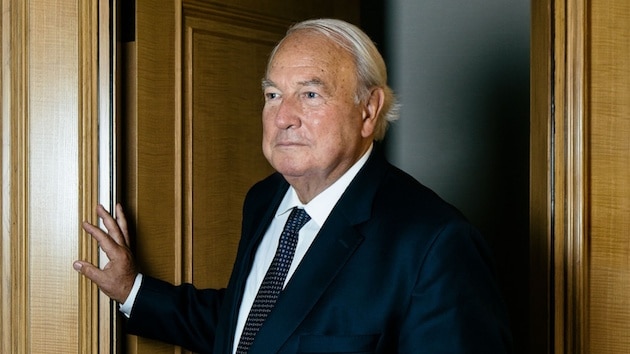 Earnings before interest, tax, depreciation and amortisation (EBITDA) growth was 13 percent for Q1 2019.

The Knorr-Bremse Executive Board highlighted the company’s growth and resultant opportunities to play a major role in shaping key social megatrends such as urbanisation, eco-efficiency, digitisation and automated driving.

Knorr Bremse Chief Financial Officer, Ralph Heuwing, emphasised how important it is for the company to invest in research and development.

“Last year, our investments amounted to over €300 million,” he said. “This is almost a third more than in the previous year. This means we are having a formative impact on the future of mobility. We are making rail and commercial vehicle transportation safer, more reliable, cleaner and more efficient. Around one billion people rely on our products every day – which obliges us to provide the very highest quality.”

“Automated driving for commercial vehicles will come, because it makes sense for the transportation industry – thanks to longer operating times, fewer accidents and lower personnel costs,” he said. “Studies show that by 2030, autonomous driving will increase trucks’ productive operating time by up to 50 percent. And we are playing a key role in guiding and shaping this megatrend.”

Thiele was born on 2 April 1941 in Mainz, Germany, and began his career at Knorr-Bremse in 1969, working in the patent and legal department. In 1975, he was entrusted with the expansion of the commercial vehicle division and in 1979, he was appointed to the company’s Executive Board, of which he was a member for 28 years. In 1984, he became Chairman of the Executive Board of Knorr-Bremse, and starting in 1985, successively acquired the company’s shares through Knorr-Bremse Kommanditgesellschaft. In April 2007, he was appointed Chairman of the Supervisory Board of Knorr-Bremse. In 2016, he retired from operational duties and became Honorary Chairman of the Supervisory Board.

As sole owner of the Knorr-Bremse Group, Thiele developed the company into the world’s market leader in braking systems for rail and commercial vehicles, generating revenues of €6.6 billion in 2018. In October 2018, he floated Knorr-Bremse on the stock exchange, opening up the company to international investors and selling around 30 percent of its shares. The listed company is currently valued at around €16 billion.

In the mid-1980s, after acquiring a majority shareholding, Heinz Hermann Thiele realigned the company. Under his leadership, the company focused on its core competencies related to braking systems for rail and commercial vehicles. Knorr-Bremse expanded its activities as a systems supplier and positioned itself as an international player at an early stage. Back in the 1970s, Thiele began to establish strategically important contacts in North and South America and Japan, but also in emerging markets such as China, India and Russia. The company continues to benefit from this network of contacts. He gradually expanded the Group’s global production network by concentrating on end-to-end value creation at local level, with the aim of being as close to customers as possible and providing them with local service.

Due to this early internationalisation strategy, Thiele succeeded in developing a medium-sized Munich supply business with revenues of €185 million in 1985 into today’s world-leading technology group with revenues of €6.6 billion in 2018 and around 28,500 employees. Today, Knorr-Bremse has more than 100 sites in 30 different countries.

(Image: Heinz Hermann Thiele, majority shareholder and Honorary Chairman of the Supervisory Board for Knorr-Bremse.)