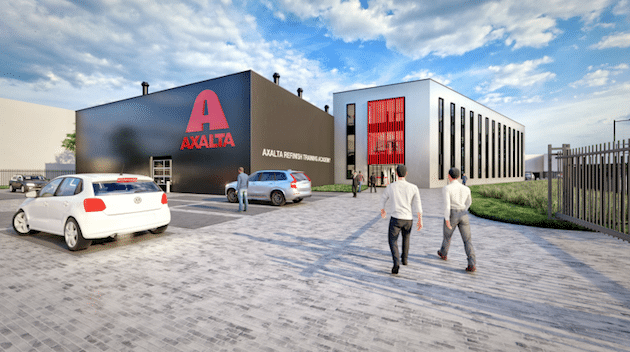 Global liquid and powder coating supplier, Axalta, is developing a state-of-the-art facility in the Netherlands for its refinish business.

Once construction is completed, Axalta’s global refinish brands – Cromax, Spies Hecker, Standox and Syrox – will relocate from their current location to the new facility on Business park Medel, in both Tiel, in the centre of the Netherlands. The facility will also reportedly house Metalak BV, which has looked after Spies Hecker in the Netherlands since 1955.

“This is a very exciting time for our refinish business in the Netherlands,” said Axalta Vice President for Refinish Systems in Europe, Middle East and Africa, Adrien Schrobiltgen.

“There has been a period of growth and change following our acquisition of Metalak in 2015.

“We have outgrown our current location’s ability to support us in the way in which we need it to. But change brings opportunity, and this new green-field site on Business Park Medel, Tiel, is the perfect location for us to build for the future in the Netherlands,” he said.

Axalta’s plot in Business Park Medel is 12,000-square-metres and will house, once completed, a 7,250-square-metre facility comprised of office space over three floors, a warehouse, and a new Axalta Training Centre as well as separate mixing room, which is part of Axalta’s direct business point of distribution, servicing both high-volume customers as well as local colour development.

Ground is due to be broken on the site in October 2019, with an anticipated completion date by summer 2020. The facility will be operational and ready to move into by September 2020.