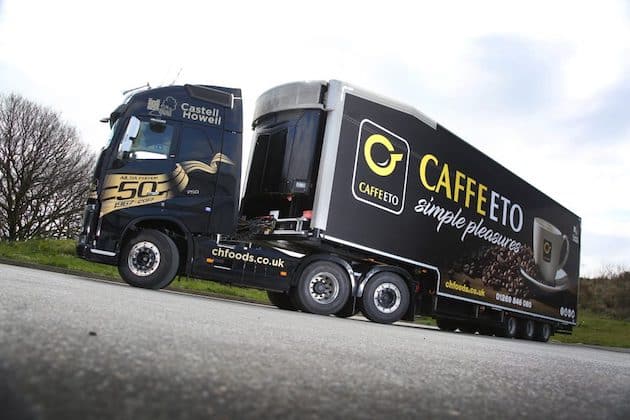 The new Vector HE 19 MT (multi-temperature) is mounted to a 13.6-metre double deck trailer – the company’s third – which are all manufactured by Gray & Adams and cooled by Carrier Transicold.

“It’s always very exciting to be at the forefront of new technology in our industry,” said Castell Howell Director of Transport Operations, Martin Jones.

“So getting the opportunity to be one of the first companies to use the next-generation Vector unit was obviously something we jumped at.

“We’ve been specifying Carrier Transicold equipment for close to 30 years, so we had absolutely no doubt the new Vector would match up to the high standards we have come to expect. Alongside the engineless options for the new rigids, it really was the next logical step for the fleet,” he said.

The new Vector HE 19’s ultra-modern re-design includes significantly redeveloped internal architecture that cuts fuel consumption by up to 30 per cent, alongside a 10 per cent saving in weight and a noise reduction of 3 dB(A) – which to the human ear equates to a 50 per cent reduction in noise – as well as up to 15 per cent savings on maintenance costs.

“Our trailers operate on intense trunking routes all year round, so the ability to lower running costs across the total life of the unit was a huge draw for us,” said Jones. “The reduction in fuel, weight and maintenance costs will all add up to significant savings over time. On top of that, it’s so quiet we have to keep checking it’s not actually on standby.”

The new vehicles comprise a mix of additions and replacements to Castell Howell’s 150-strong commercial vehicle fleet. The double deck trailer is expected to cover around 60,000 miles a year, with the new rigid trucks covering close to 40,000 miles on their intensive multi-drop routes.

Castell Howell was founded in 1988 and has established itself as Wales’ largest independent wholesaler. Its fleet transports a range of ambient, chilled and frozen products across Wales and the south west of England.