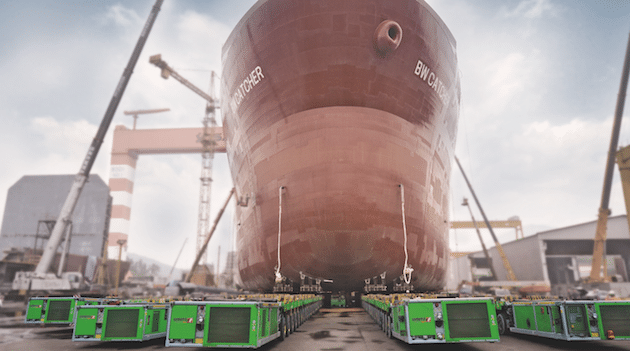 The deal was closed via Australian trailer builder and exclusive Cometto agent in Australia, The Drake Group. Cometto’s reputation for the quality and reliability of its products aligns with Drake’s high engineering, performance and innovation standards.

The six-axle MSPE 6/4/2,43 Evo3 70t is, according to The Drake Group, the best in the business. The order from Australian Naval Infrastructure includes 16 of these units in addition to two 368kW power packs, providing more than 6,000 tonnes of payload capacity and furthermore the ability to reach a total capacity of 10,000 tonnes.

“We’re pleased to see the MSPE line continue their history of handling the largest loads imaginable in the country,” he said.

In other news, last year, Italian engineering company, Fagioli, facilitated the transportation of two huge vessels – the biggest project of its kind in the port of Marghera.