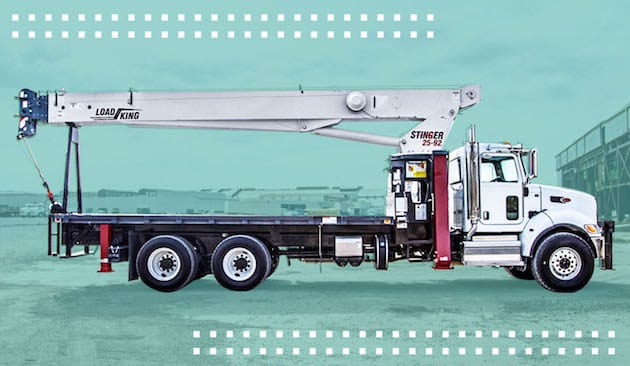 “I am delighted to announce this acquisition and its launch of boom truck, crossover and truck crane product lines under Load King’s brand,” said Load King CEO, Fred Ross.

“This announcement marks the latest chapter in a resurgence at Load King, which, since becoming a wholly-owned subsidiary of Custom Truck One Source in December of 2015, has proudly resumed a leading position in the industry,” he said.

Load King plans to unveil new and enhanced crane configurations in the near future, among other developments and opportunities expected to accelerate the company’s continued growth.

The company is currently transferring inventory and equipment for the acquired product lines to Load King’s growing campus in Kansas City. Terex will work closely with Load King to ensure a smooth transition and will continue to sell parts and offer support to boom truck, truck crane and crossover customers during an anticipated one-year transition period.

Load King has been producing trailers and other heavy equipment since 1956.

October last year, Load King introduced a 60-tonne Lowboy trailer with a loaded deck height of 20 inches – reportedly the lowest in the industry – to its portfolio.