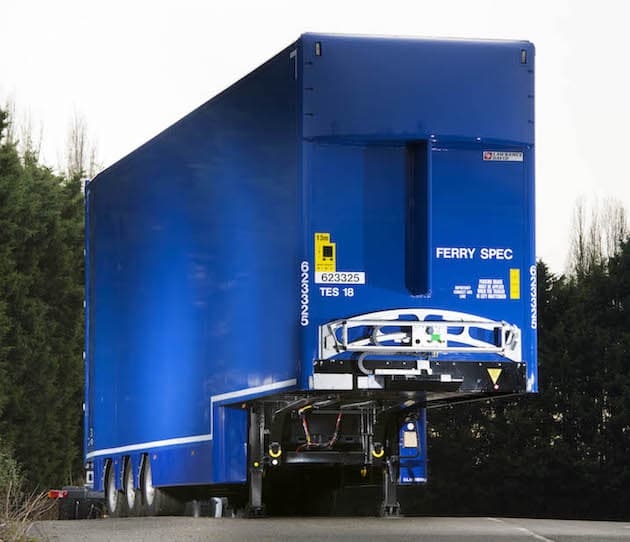 A consortium including Tata Steel, Lawrence David, SDC Trailers and Cambridge University have produced a prototype rigid-body trailer that is 2.5 tonnes lighter in tare weight.

The Lightweight Aerodynamic Double-Deck Trailer Trial is the result of an innovative UK-funded project, which aims to reduce the carbon footprint of trucks.

Lawrence David has attributed the lightness of the trial vehicle to the use of Tata Steel’s Coretinium steel composite sheet, chassis engineered by SDC Trailers, aerodynamics by Cambridge University and its own body design.

The result is a vehicle weighing 8.6 tonnes – 22 per cent lighter than a conventional vehicle – with capacity to carry a larger payload per journey, according to Lawrence David. It also has a higher proportion of recyclable content than conventional rigid-body trailers.

Eight vehicles have been produced for the Lightweight Aerodynamic Double-Deck Trailer Trial, four of which will feature Tata Steel’s Coretinium. The trial will see the rigid-bodied trucks join the fleet of a major British supermarket, where their benefits will be tested in real world conditions.

“Lawrence David is committed to delivering more sustainable vehicles and manufacturing processes,” said Lawrence David Group Marketing Manager, Joshua Barnard. “We want to reduce our waste, limit our impact on the environment and use materials that, after a long life on the road, can be easily recycled. There are synergies between Lawrence David’s values of innovation, integrity, collaboration and quality, and those of Tata Steel, which is reflected in the way we work together.”

Edwin Richards, Technical Sales Manager, at Tata Steel, said: “In Coretinium we have developed a product that is not only light and durable but can be easily and safely recycled. We’re delighted to be working with a highly established trailer manufacturer, such as Lawrence David, to demonstrate how Coretinium can help the truck secto