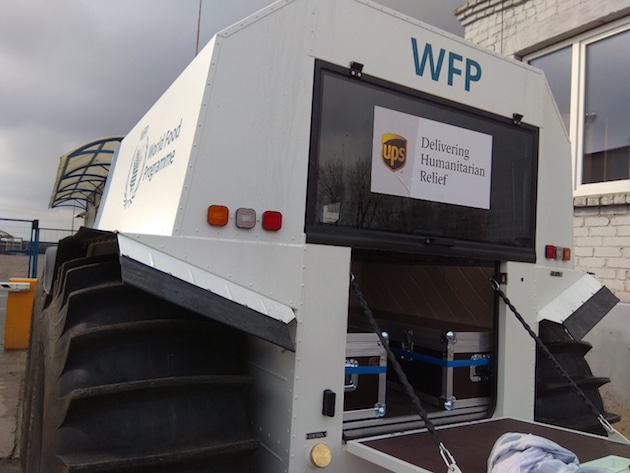 The UPS Foundation is coordinating with United Nations (UN) partners to expedite food and supplies to natural disaster–impacted communities in Mozambique and Malawi as well as the US.

These relief efforts follow reports of a cyclone that affected East Africa as well as tornadoes and floods that devastated parts of the United States' midwest.

Collaborations between The UPS Foundation and leading humanitarian relief organisations are bringing urgent relief by land, sea and air.

According to UPS, the number of people impacted by Cyclone Idai has risen to more than three million people, with 500 reported fatalities – a number that is projected to rise.

UPS and the UPS Foundation continue to engage in close collaborations with the UN Logistics Cluster and relief organisations including The World Food Programme, UNICEF, UNHCR, CARE and MedShare.

In collaboration with the American Logistics Aid Network (ALAN), UPS has also transported 15 pallets of cholera and typhoid treatment kits which can help prevent outbreak of water-borne illnesses in Mozambique.

Recent flooding in the US is reportedly threatening the safety of more than a million private water wells. The National Ground Water Association estimates that people living more than 300 counties across 10 states are at risk of groundwater contamination from flood waters. The states include Illinois, Indiana, Iowa, Kansas, Kentucky, Minnesota, Missouri, Nebraska, South Dakota and Wisconsin.

The UPS Foundation continues to collaborate with relief partners across the US.

The relief efforts and collaborations in the US and Africa are just the latest in UPS’s history of supporting communities in times of need. In 2018, UPS and The UPS Foundation responded to 29 major world disasters and invested $16 million in funding, in-kind, and technical support for community safety initiatives that included disaster preparedness and urgent response, recovery and public health system strengthening. Relief spanned 71 countries across continents around the globe.

Founded in 1951, The UPS Foundation leads its global citizenship programs and is responsible for facilitating community involvement to local, national, and global communities. In 2017, UPS and its employees, active and retired, invested more than $118 million (€104.9 million) in charitable giving around the world.