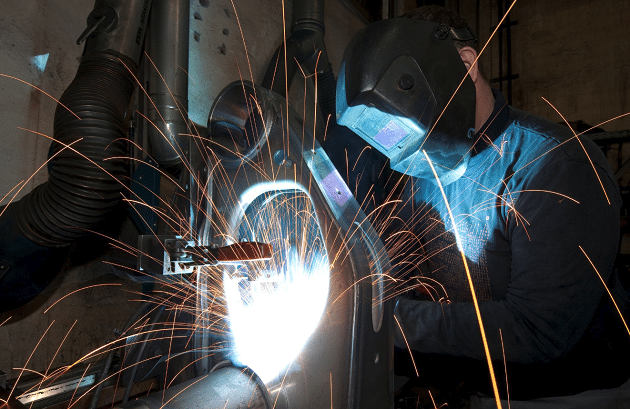 Equipment specialist, SAF-Holland, has released its FY'18 results along with its operational and tactical priorities for this financial year.

“We have significantly exceeded our Group sales target, which was last adjusted in October,” according to SAF-Holland CEO, Alexander Geis.

“In contrast, we have not entirely achieved our EBIT margin target. We are specifically not satisfied with the earnings trend of the Americas region. After completing an initial in-depth analysis and holding intense discussions with my colleagues from the Group Management Board, we have decided to take immediate actions to ensure the earnings quality and sustainable free cash flow generation of the Group. At the same time, we will significantly accelerate the speed of implementation.”

Given the inefficiencies that continue to reportedly exist in the North American plant network, SAF-Holland is accelerating the reorganisation of the business in that region with a project called “FORWARD”.

The focal points of this project include the immediate review of the entire product portfolio and pricing, as well as a sustainable reduction in costs throughout the entire supply chain.

In order to position itself successfully for further growth opportunities in the Chinese market, SAF-Holland has set up an experienced team of experts to support local management during the start-up of the new plant in Yangzhou and its integration into the Chinese plant network.

In a third series of measures, SAF-Holland intends to look at the more efficient use of its net working capital across the Group, particularly through the stricter management of inventories and receivables. After years of recording strong sales growth, SAF-Holland's priority in the current financial year will be on achieving operational excellence to support its long-term growth strategy.

At €1.301 million, Group sales in the 2018 financial year were 14.2 per cent higher than the previous year's figure of €1.139 million. Organic growth reached 12.2 per cent for a total of €1,278 million. V.Orlandi, York Transport Equipment and Axscend, which were consolidated for the first time in the reporting year, contributed sales of €70.9 million. Currency effects had a negative impact of €40.8 million.

The Group's adjusted earnings before interest and taxes (adjusted EBIT) amounted to €89.6 million (previous year: €91.2 million). This decline was mainly due to the significantly lower result of the Americas region. As a result, the adjusted EBIT margin was 6.9 per cent, which was below the previous year's figure of 8.0 per cent.

In light of the steady development in earnings, the Board of Directors of SAF-Holland will propose an unchanged dividend per share of €0.45 at the Annual General Meeting on 25 April 2019. This corresponds to a payout ratio of 42.4 per cent based on the Group's reported result for the period of €48.1 million.

“This ratio is in line with our stated dividend policy, which provides for a payout ratio between 40 per cent and 50 per cent of the Group's reported result for the period after taking statutory restrictions and the financing needs of the SAF-HOLLAND Group into account,” said SAF-Holland CFO, Dr Matthias Heiden.

Net cash flow from operating activities reached €40.8 million in the 2018 financial year (previous year: €56.8 million). This decline can primarily be attributed to the significantly higher build-up in net working capital compared to the prior year, which was consciously accepted to ensure the timely delivery of the customers in North America amid a tense market environment. As a result, the working capital ratio increased to 13.5 per cent of sales (previous year: 11.0 per cent).

After a strong fourth quarter, operating free cash flow was break-even in the 2018 financial year as a whole (previous year: € +29.7 million).

Equity ratio increases to 34.0 per cent

Group equity as of 31 December 31 2018 increased year-on-year by the reported Group result for the period of €48.1 million and the rise in shares of non-controlling interests of €8.9 million. This was partially offset by the dividend distribution for the 2017 financial year, which amounted to €20.4 million. Based on a slight decline in total assets, the equity ratio increased from 30.2 per cent to 34.0 per cent.

In the 2018 financial year, the EMEA region increased sales by 7.7 per cent to €658.9 million (previous year: €611.6 million). Sales include a contribution of €18.8 million from V.Orlandi and Axscend, which were included in the scope of consolidation for the first time. The strongest boost to growth came from the southern European countries of Spain, Italy and France. Business in Eastern Europe – especially in Poland and Russia – also continued to grow.

The EMEA region generated an adjusted EBIT of €71.4 million (previous year: €67.8 million) and an adjusted EBIT margin of 10.8 per cent (previous year: 11.1 per cent). Steady process improvements, along with economies of scale as a result of the higher business volumes, largely offset the negative effects of steel prices, which had also seen a noticeable rise in Europe. The inclusion of V.Orlandi also had a positive effect on earnings and margins.

Americas region: profitability improves gradually over the course of the year

Sales in the Americas region increased by 9.8 per cent to €471.6 million in 2018 (previous year: €429.4 million). The market environment was characterised by extremely strong customer demand for truck and trailer components, leading to industry-wide capacity bottlenecks along the entire supply chain. This forced SAF-Holland's capacity utilisation beyond the economically optimum level. The additional operating expenses of €9.6 million (previous year: €10.3 million), together with higher costs of €11.3 million from the increase in steel prices, had a significant adverse impact on the adjusted EBIT in the Americas region. As a result, earnings amounted to €8.5 million, which was significantly below the previous year's figure of €16.1 million, while the adjusted EBIT margin equaled 1.8 per cent (previous year: 3.7 per cent).

The additional operating expenses were successively reduced as the year progressed, which led to a gradual improvement in the Americas region's profitability during the calendar year.

Sales in the APAC/China region grew 73.7 per cent in the 2018 financial year to €170.2 million (previous year: €97.9 million). This was mainly driven by the first-time consolidation of York Transport Equipment (Asia). contributing sales of €52.1 million in the period from May to December. Organic growth was substantially effected by strong demand for trailer components in the Chinese premium segment. The introduction of statutory load limits for commercial vehicles, as well as tightened safety regulations for the transportation of dangerous goods and automobiles, continued to prompt fleet operators to invest heavily in new trailers. SAF-Holland claims to be well positioned for this demand given its weight-saving components and range of air suspension and axle systems with high-performance disc brake technology.

The adjusted EBIT of the APAC/China region came to €9.7 million in 2018 (previous year: €7.3 million), while the adjusted EBIT margin reached 5.7 per cent (previous year: 7.5 per cent). The lower margin compared to the previous year was mainly the result of up-front costs related to the construction of the new production center in China and the creation of the corresponding administrative structures. As expected, the first-time inclusion of York initially resulted in margin dilution for the year as a whole; the EBIT margin in the fourth quarter, however, had already surpassed the margin of the overall Group.

Based on the expected macroeconomic and industry environment and weighing the potential risks and opportunities for the 2019 financial year, the Group Management Board of SAF-HOLLAND expects sales at the Group level to grow in a range of 4 to 5 per cent.

From today's perspective, SAF-Holland expects an adjusted EBIT margin around the midpoint of the range of 7 to 8 per cent for full-year 2019 (previous year: 6.9 per cent). This assumption is based, in part, on the expectation of continued solid earnings performance in the EMEA, China and APAC regions. It is also based on the Company's anticipation of further reductions in start-up costs for the restructured plant network in the Americas region in 2019, as well as a simultaneous optimisation in the process chains and integration of capacity planning and logistics processes.

(Image: Manual welding of a trailing arm at SAF-Holland Bessenbach.)