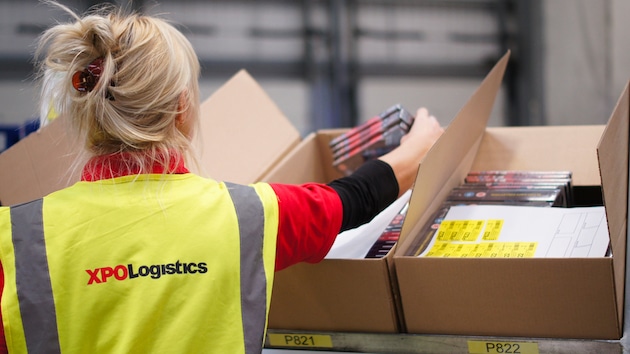 “For the full year, we delivered 12.3 per cent revenue growth, 9.3 per cent organic growth and $1.56 billion [€1.37 billion] of adjusted EBITDA – up 14.3 per cent over 2017. However, we missed our fourth quarter forecast for adjusted EBITDA, primarily due to headwinds in France and the UK and a loss of profit in the postal injection business with our largest customer.

“In the fourth quarter, we generated 12.4 per cent organic revenue growth in our logistics segment, driven by global demand for e-commerce. In North American transportation, we improved our less-than-truckload adjusted operating ratio by 260 basis points to a fourth quarter best of 87.3 per cent. Better working capital management allowed us to outperform on cash in the quarter and surpass our cumulative 2017-2018 free cash flow target of $1 billion [€884.4 million].

“We expect that our adjusted EBITDA growth this year will be in the range of six per cent to 10 per cent. This anticipates the impact of our largest customer substantially downsizing its business portfolio with us starting in the first quarter, as well as our more cautious view of Europe. We updated our target for free cash flow to align with our adjusted EBITDA forecast and our expectation of higher interest expense associated with our new share repurchase authorisation. As we look ahead, we’re confident in our ability to create meaningful shareholder value,” he said.