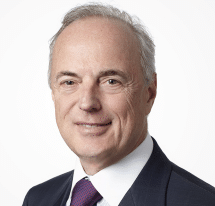 According to TFI, Schilli operates 22 facilities across its service region (Midwest, Southeast and Gulf Coast regions of the US) and has a fleet comprising 340-plus prime movers (including independent contractors) and more than 500 trailers.

TFI has claimed it has a leading market position in specialised truckloads in Canada, and the acquisition will expand this business line into the US.

Schilli will reportedly operate as a standalone business unit within TFI’s specialised truckload group, with Bob Schilli Junior and John Koons continuing in their roles.

“We are pleased to welcome Schilli and its dedicated team to the TFI International group of companies,” said TFI International President and CEO, Alain Bédard. “Schilli is a superb strategic fit for us with its sophisticated service offerings, and will help boost our tank presence across the eastern U.S. which is a targeted growth region for us.”

TFI recently reported its 2018 Q4 and full-year financial results, confirming an operational income up 56 per cent over the prior year period to €90.8 million.

“Our quarterly operating income of $103.3 million [€90.8 million] was up 56 per cent. Each segment contributed stronger revenues and notably, Truckload saw operating income more than double. I’m most pleased that our 2018 net cash from operating activities surpassed half a billion dollars for the first time.

”These strong results reflect not only our unique and favourable positioning, but our execution of the fundamentals, cycle in and cycle out, in order to drive tangible free cash flow, enhance shareholder value, and return excess capital to shareholders whenever possible,” he said.