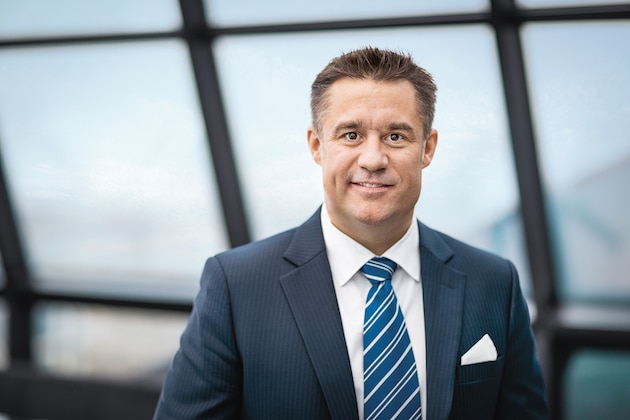 Borghardt mutually agreed on termination of his activities for the Group effective 26 February 2019. He will hand over his CEO functions immediately to Geis.

“In recent years, Detlef Borghardt has led SAF-Holland to its current size and international significance as an integrated supplier with great drive and expertise,” said SAF-Holland Chair of the Board of Directors, Martina Merz.

“During this time, he has set the course for the future of the Group and laid a solid foundation for its further development.

“Last year, SAF-Holland even reached the position of the world's largest manufacturer of trailer axles for the first time. Detlef Borghardt and his team can be particularly proud of that. After almost 20 years in which Detlef Borghardt made a name for himself in various functions at SAF-Holland, we thank him for his dedicated and highly committed work,” she said.

Under the stewardship of Borghardt, SAF-Holland since 2011 has recorded amazing growth, making it possible to develop the equipment specialist into a global premium brand with system competence. Sales increased from about 0.8 billion euros (2011) to most recently about 1.3 billion euros (2018). At the same time, the organisation has been reinforced worldwide by the acquisition of [seven] companies. International expansion has been driven beyond the traditional core markets in Europe and North America, particularly in China and the Asian markets.

“After almost a decade in which we navigated SAF-Holland through stormy times of strong international growth, I would like to take the opportunity to thank all employees of SAF-Holland,” said Borghardt. “You have done fantastic work in recent years and have made SAF-Holland a successful global enterprise. We have jointly created a strong foundation for the next phase of long-term corporate development.”

Geis, a graduate in business management, has been working for SAF-Holland for over 20 years. Since July 2011, he has been a member of the Management Board and since January 2016, he has also been President of the EMEA region. In this function, he decisively reinforced the European business, making Europe the Group's most profitable region. Previously, from 2009 to 2016, as Head of the Aftermarket division he extended the Group's business with spare parts, making it an internationally successful field of business of SAF-Holland. Due to his experience and achievements, in December 2018 he was appointed Chief Procurement Officer in addition to his previous duties.

“Alexander Geis has exactly the right skills we need in the next phase of our corporate development: He has demonstrated how well he can develop a team and create tailored structures and processes,” said Merz. “Following the phase of increasing internationalisation and growing complexity, this will benefit our company. Not only do his success stories as a businessman stand him in good stead; another key factor is his close association and solidarity with SAF-Holland and its employees.”

Following the announcement, Alexander Geis said: “I would like to thank the Board of Directors for their trust and confidence placed in me. SAF-Holland is a wonderful company that excels through vigorous performance and the immense enthusiasm of its workforce. I look forward to unlocking the full potential of our organisation with our fantastic team and to continue our successful path.”

In close cooperation with the recently enlarged Management Board, Geis will focus first on stabilising the North American business and developing a long-term Strategy 2025 to further support of the group's successful growth track. The medium-term basis for this is the established Strategy 2020.