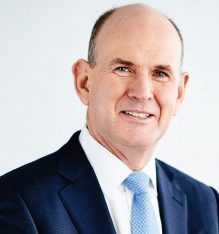 Technology company, Wabco, continues to solidly outperform in the global commercial vehicle market, following the release of its Q4 and full year 2018 results.

Wabco Chairman and CEO, Jacques Esculier, said the company faced a slowdown in key global markets in Q4 2018, particularly in Europe, China and India however growth in the Americas, Japan and Thailand partially offset this.

“Navigating this environment, Wabco again demonstrated its resilience and proven ability to continue to outperform global truck and bus production,” said he said.

Wabco propelled sales to a record level of over $3.8 billion [€3.3 billion], on a full year basis, up 15.9 per cent from the previous year and up 13.9 per cent in local currencies, according to Esculier.

“Marking its twelfth consecutive year of solid outperformance of the commercial vehicle industry, Wabco also delivered record performance operating income of $545.7 million [€482 million] and record annual earnings per share on a performance basis, up 14.7 per cent versus a year ago,” he said.

In 2018, in spite of significant industry supply chain challenges, Wabco still delivered a solid 5.0 per cent of gross materials productivity and 7.7 per cent of conversion productivity totaling $74.9 million [€66.1 million] of net savings.

Wabco also continued to strongly convert income into cash in 2018, resulting in net cash from operating activities of $468.5 million [€413.8 million], up 11.2 per cent versus the prior year.

Wabco is planning to relocate its corporate headquarters to Bern, Switzerland, with the aim to create a singular focus on fully globalising its advanced technology strategy. The current Brussels base will become the headquarters of its newly formed division covering Europe, Middle East and Africa.

“Decoupling Wabco's corporate headquarters from its four business regions creates a better platform to globally manage the next wave of advanced technologies and scale their adoption in all regions of the world,” said Esculier. “Switzerland is world-renowned for providing a highly favorable environment for breakthrough innovations and offers many distinct advantages for corporate headquarters.”