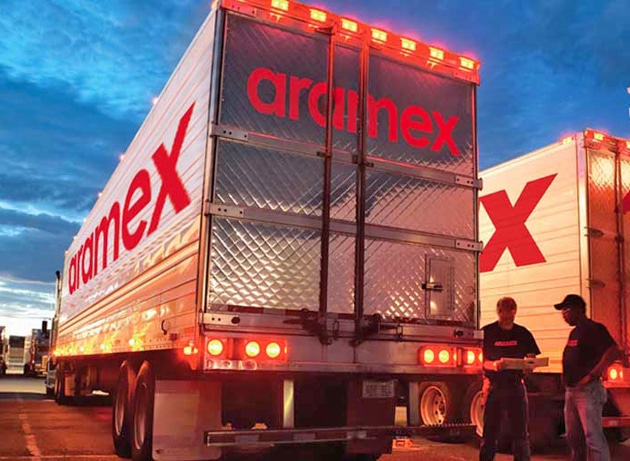 Excluding the one-off impairment from the divestment of AGS, the company’s net profit in 2018 would have increased by 24 per cent to AED 538.3 million [€128,566,300] compared to the prior year period, thanks to improvements in efficiencies, which helped reduce overheads as a percentage of gross profits to 75.5 per cent in 2018 from 78.4 per cent in 2017.

As part of Aramex’s strategy to independently tap into the growth of global e-commerce markets, the company announced its divestment of its full 60 per cent stake in ‘Aramex Global Solutions (AGS)’ to Australia Post in Q4 2018. While this transaction incurred a one-off impairment of AED 46 million [€10,986,580] for Aramex, it will not have any impact on Aramex’s financial results in the future, since this joint venture was only accounted for on equity basis and had an immaterial contribution to the company’s net income.

“We are very pleased to report one of Aramex’s most profitable years,” said Aramex CEO, Bashar Obeid.

“Our 2018 financial results reflect the success to date of our digital transformation efforts and the strong growth experienced across all verticals, particularly within our International Express business, which has been well positioned to benefit from the global boom in e-commerce.

“Throughout 2018 we continued to invest in creating a leaner, more efficient business and transforming our overall operations. This work has paid off and ultimately expanded both our top and bottom line while significantly upgrading our service level to our customers,” he said.

Aramex Chief Operating Officer, Iyad Kamal, added: “2018 was a transformational year for Aramex as we reaped the rewards of our new strategy through improved efficiencies and enhanced customer experience. We upgraded our service levels by increasing last mile capacity, enhancement of our next day delivery services within most of our core markets and digitising the end-to-end shipment journey. Moving forward, we will continue to leverage new innovations such as Aramex Fleet, our crowdsourcing model; and WhatsApp for Business, to create more personalised interaction channels with our customers that deliver the transparency, visibility and flexibility they demand.”

He explained that Aramex will be focusing on operations optimisation in 2019 by introducing new operational methods and processes to further improve service levels throughout all key verticals.

Obeid said that Aramex finished 2018 on a very positive note, resulting in of its strongest financial years to date.

“In 2019, we will remain focused on implementing a lean and efficient business model, enabling Aramex to remain resilient against global geo-economic challenges,” he said.

“We will also remain open to unlocking opportunities in new sectors and geographies, particularly in specialised industry verticals where we see strong demand, to further enable B2B growth.

“We are well positioned to benefit from the ongoing growth of the global e-commerce industry and will continue to ensure that the business remains diversified and efficiently operated, with a strong focus on improving last-mile delivery.”