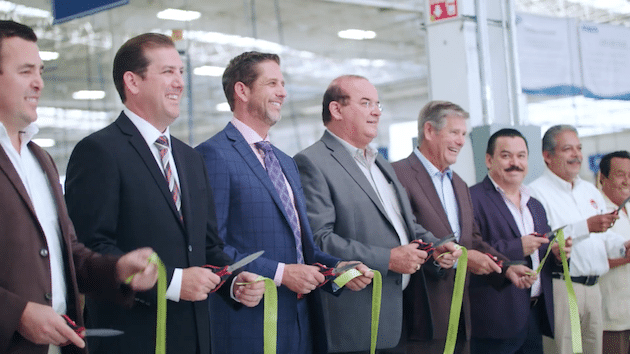 Phillips Industries’ Electrical Harness Division (EHD), located in the state of Coahuila, is celebrating is 10th anniversary of the expansion to Mexico producing Phillips’ electrical harnesses for the global trailer market.

EHD has experienced 600 per cent growth since Phillips made the decision to expand production of electrical harnesses into Mexico in 2008. The EHD facility footprint has increased from 8,405 square metres to its current size of 13,000 square metres.

Phillips electrical harnesses are reportedly standard on over 50 per cent of trailers on the road in North America. EHD also achieved the IATF-16949 quality certification in 2018.

EHD claims to have the lowest standard lead time in the industry and can deliver custom harnesses within two to three weeks.

“The successes we have had at EHD rests entirely on people who work here,” said Phillips Industries Director – Mexican Operations, Filberto Coello.

“Our employees are truly invested in this business; committed to the company and to our customers. They are responsible for the quality and greater than 98 per cent on-time delivery for our products.

“Congratulations to everyone on reaching our 10-year anniversary as a significant trailer industry supplier,” he said.

EHD has been recognised by the Governor of the state of Coahuila, Mexico, to be one of the best companies to work for in the region.

“We are not only proud to celebrate ten years manufacturing our harnesses at EHD, but also proud of the continuous improvement we have seen every year since we established this operation; EHD has completely transformed our business,” said Phillips Industries President and COO, Rob Phillips. “Thanks to everyone at EHD for helping us meet our goals of making Phillips Industries a true leader in the markets we serve.”